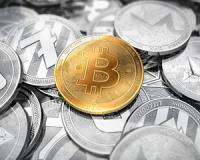 The cryptocurrency I want to tell you about today was founded in 2014 under the development of a team of Japanese developers.

This year, this cryptocurrency has seen incredible growth.

My colleague and cryptocurrencies guru, Sam Volkering explains why…

“The reason is that the Japanese crypto market continues to see money flow out of the “traditional” banking and finance system, into crypto as an alternative store of wealth away from the weakness of the Japanese economy”.

The good news, Sam says it's just the beginning.

It fact he says, “it might just be the best thing that ever happened to Japan.”

“We see it developing, maturing and becoming a true alternative financial system. There of course will be all the tricks, traps and incredibly high risk that comes with an unregulated industry”.
Editor's Note: How the rise of bitcoin and cryptocurrencies could turn every R2,000 you stake into R980k Read on to find out how to claim your FREE crypto wealth package NOW…
So what is this Japanese-born Cryptocurrency?
Firstly, many cryptocurrencies “borrow” code from the likes of bitcoin or Ethereum. They call this process “forking”.
However, this crypto’s code is completely built from scratch.
The developers say: “Its chain can now support a wide range of features and security protocols not ever implemented in other platforms and solves many problems in other blockchains”.
It also uses an algorithm known as Proof of Importance (POI).
This algorithm goes one step forward from Proof of Stake (POS).
Sam explains it as: “POI is a reputation-based algorithm. That means while you can become a more powerful node on the network by staking coins you are also rewarded by unrelated work outside the blockchain within its overall community.
That encourages not only the staking of coins but also the facilitation and transaction of coins on the network and the involvement in the overall development”.
And just like Bitcoin, this crypto has a limited supply -  under nine billion. And the same way bitcoin is used today, this cryptocurrency is being used for both transaction fees and an exchangeable currency.
In fact, its “emulating the success that Ripple is having in taking its blockchain technology to private institutions, namely financial institutions”.
And this could be a massive breakthrough for this cryptocurrency.
Recommended: Legally ‘pickpocket’ the financial markets using this shockingly overlooked loophole, you could ‘pinch’ weekly profits of R750, R430 and even R1,450!
How you can profit from it
If there’s one thing Sam knows about, its cryptocurrencies.
And if you would like to find out the name of this cryptocurrency and the future of its technology, Sam shares all the details, right here.
Always remember, knowledge brings you wealth,

This Crypto “might just be the best thing that ever happened to Japan”
Rate this article
Note: 4 of 3 votes