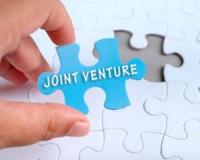 On 15 November 2021 Grindrod Ltd (JSE:GND) made an important announcement.

The company said it is entering into a joint venture with Maersk - the world's largest container shipping line and vessel operator since 1996.

This hasn't been frontpage news, and its not receiving a lot of attention. But as I will explain to you in a moment - this is huge news for Grindrod shareholders.
________________________________________
Author of “Big Income, Small Stocks” Is Giving Away His Big Income Package FOR FREE!
Click Here to Get Francois Joubert’s Big Income Package, Including Details on His #1 Income Stock... the Safest 9% income yield in the World... the Five "Big income" Small Cap Stocks... and Much, Much More. For Free.
________________________________________
Why this joint venture is a big deal
Maersk is worth more than $370 billion! That’s around South Africa’s GDP…
Now this behemoth is partnering with Grindrod in South Africa.
Simply put – Grindrod gets to benefit from the company’s network – and the two businesses together will be much more competitive and create value for shareholders.
Here’s the deal:
The two companies are creating a joint venture (JV) company.
• Maersk is selling its APM Terminals business valued at R360 million to the JV.
• Grindrod is selling its Grindrod Intermodal and Ocean Africa Container divisions to the JV – valued at R756 million. The JV will assume all of the debt and liabilities of the business.
• Maersk will pay Grindrod a cash amount of R209.16 million to make up for the higher value of the Grindrod business.
• Maersk will hold 51% of the JV and Grindrod will hold 49% of the JV.
Grindrod will use the R209 million cash to repay debt. This amounts to nearly 5.5% of Grindrod’s total market cap.
This is a great deal because Grindrod is strong on over land transport, and its network reaches further than South Africa. Maersk on the other hand is the world leader on the sea transport and shipping side of the equation. So both businesses complement one another very well…
Bringing together logistics operations skills and capabilities under this new proposed joint venture will create a base for growth and enable Maersk to excel in the Logistics & Services products execution through better serving customers via intermodal solutions in trucking, rail, depots, warehousing, and ocean feedering.
According to Grindrod Freight CEO, Xolani Mbambo: “Grindrod has been working with Maersk for many years in an area that both organisations are passionate about, understanding our customers’ requirements and finding cost effective and efficient routes to market. Our combined service offering will provide further flexibility and will ultimately contribute to making a positive difference in South Africa’s trade with the world”.
________________________________________
Make a mammoth 73.12% in just 5 days
One day, my screen flashed a signal that BHP Billiton, which is one of South Africa's biggest miners.
I immediately alerted my readers to be on the lookout for a possible trade.
As soon as my system confirmed the stock’s trajectory and profit potential, I issued a buy alert…
Then, just as my system predicted with dead on accuracy, readers got the opportunity to reel in 73.12% gains just 5 days later…
That’s why you should get your name on this list right now.
________________________________________
This announcement happened at a time another crucial bit of information was released
So this joint venture is great news for Grindrod. As it will definitely ensure it gets all of Maersk’s onshore logistics business – and thereby grow its own bottom line.
But the bigger picture is that an important announcement was made by the SA government during the mid-term budget speech.
Treasury said that South Africa will open its rail network to third party operators in 2022.
This is something that’s certainly needed – as Transnet’s failure has been a thorn in the side of importers and exporters for years.
Private sector businesses that can effectively run rail transport could get a great competitive advantage over road transport – and it will most certainly make both importing and exporting more efficient.
Grindrod is already a port operators and is well known for taking part in private/public partnerships. So access to the Maputo and Richards Bay rail lines would be great for Grindrod. The company already has 47 locomotives it can immediately deploy.
The opportunity also exists that Transnet may offer partnerships to companies like Grindrod at its port operations – one of Grindrod’s main competencies.
Considering that Grindrod shares still trade at a 50% discount to its net asset value, the company is cash flush there is great upside potential in this stock – that virtually no one is talking about.
Here’s to unleashing real value
Francois Joubert
Editor, Red Hot Penny Shares
Tags: francois joubert, investing, jse, grinrod, joint venture

This is one of the most underrated opportunities on the JSE today
Rate this article
Note: 3.64 of 11 votes