This market is crashing spectacularly - avoid it for now 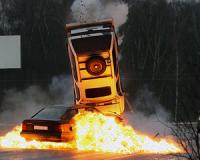 Since 2014 they've been in a straight downtrend.

Discover the explosive profit secret that could see you banking gains of 200%, 300% or even 500% in as little as 2 years


Car sales are in a ‘recession’ thanks to the Reserve Bank


New car sales are crashing for a simple reason – the Reserve Bank.

The Reserve Bank has upped interest rates in South Africa by 2% since 2014.

This means more and more people are struggling to get new loans approved. And when new loans do get approved they often get worse interest rates because banks feel they’re taking a bigger risk.

At its last meeting, the Reserve Bank decided to keep interest rates flat.

And with a stronger rand and lower fuel prices, I expect the interest rate to remain flat for at least the next three months (if elections go off without violence).

But as soon as inflation re-appears, there will be more pressure from the reserve bank to increase rates – and that will be a death blow to the car industry…

There’s no magic formula. Just because we'd bothered to do a bit of research. All our statistics pointed to us making these profits!

We do all the research - going over every fixture, bet by bet. Matching-up ALL the teams’ data to identify the most rock-solid, ‘bankable’ information.

Now, we don’t claim that all our tips will win 100% of the time, BUT our system has proven to make our members substantial profits…


There are a couple of companies on the JSE with direct exposure to the car sales industry.
That’s companies like CMH Group, Onelogix and Barloworld.

CMH and Barloworld are directly involved in selling cars (and Barloworld also has mining exposure that’s a drag at this stage). Onelogix is a logistics company, but it makes its profit mainly from transporting vehicles across the country. So lower sales mean less new vehicles to deliver and a drop in profit.

Even while I firmly like CMH and Onelogix, I’m avoiding these shares for now. In three to six months’ time we’ll have more clarity regarding where interest rates are going. And, if the mining sector stabilises by then, SA’s economy will also be on a better footing.

So even while you might be tempted by the value of these shares show right now – I expect their next results will be worse due to this big slowdown in car sales.

But that might signal the bottom – and a new buying opportunity.

So hang in there for now…

The signal to look out for is a recovery in the retail sector, followed by strong signals from short term lenders. Six to twelve months from there, car sales will look a lot better again.

This market is crashing spectacularly - avoid it for now
Rate this article
Note: 5 of 1 vote