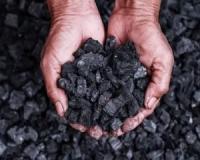 Eskom recently submitted documents to the Centre for Environmental Rights (CER) stating that it could possibly keep its Grootvlei, Camden and Hendrina power stations open as late as 2030. These are all power stations at the end of their lives, that would have been shut in part starting this year!

Eskom is doing this to keep extra capacity in the grid, and avoid load shedding.

But here's the problem.

Because they were planned to be shut down imminently, no long-term coal supply agreements were put in place for them. By 2030 it is equal to 474 million tonnes of coal. That’s an average of 47.4 million tonnes of coal per year.
Then between 2030 and 2050 Eskom will require an additional 859 million tonnes of coal.
What makes this significant is this is based JUST off of existing power plants that will require coal (and it takes closures of old plants into account).
So, if Eskom were to actually build ANY new coal plants their demand would come on top of this. But existing demand is so great, and pressure from green lobbying groups so strong, let’s just work off the numbers that are CONFIRMED.
So – just how much is 47.4 million tonnes of coal (the average annual shortfall between now and 2030) equal to?
Well the JSE’s largest Junior coal miner, Wescoal, produces around 7 million tonnes of coal in a good year.
So, simply put – Eskom requires another 7 Wescoal’s to fill its current gap!
________________________________________
Important: If your portfolio has plummeted thanks to the Covid-19 crisis, you should look at how to give your portfolio, the “Hedge Fund Advantage”.
________________________________________
A massive new undertaking by this junior miner is a good start to fill Eskom’s gap
Some months ago, Wescoal acquired a 50% share in the Arnot mine that formerly belonged to Exxaro. It plans on operating the mine together with its former employees and management who own the other half of the mine.
The Arnot mine has 13 million tonnes of reserves and up to 190 million tonnes of resources. It is a behemoth. Exxaro operated it for Eskom – but the company decided to close it down instead of investing more cash in it, as Eskom did not guarantee it a new supply contract.
Since then however Wescoal and a consortium of old Arnot employees negotiated a deal with Eskom and the mine will be restarted.
The first coal from the mine will be delivered in the latter parts of 2020 – with slowdowns in procurement amidst the Lockdown this might only be in 2021.
And mining can start without major capital investment.
Basically, the mine was shut down because Eskom did not buy the surface rights for other mining areas – hence Exxaro couldn’t continue. Much of this was linked to State capture, and the Gupta Optimum mine benefited from Arnot’s closure. This has now been handled and Wescoal has a new agreement in place – the reasons for Arnot closing are unlikely to repeat themselves under the current political dispensation.
The new deal is that Wescoal (and former Arnot employees) will own the mine and have to buy surface rights themselves instead of only operating the mine on behalf of Eskom like Exxaro did. This means larger capital requirements, but also larger profits.
Wescoal currently sits at a three-year low of 105c, whilst its 3-year high is 255c.
It is, and has been operating through lockdown – as it is an essential service provider…
So, I expect good things to come from this company!
Here’s to unleashing real value,

This news could cause a major headache for Eskom - and an opportunity for investors
Rate this article
Note: 3.25 of 10 votes