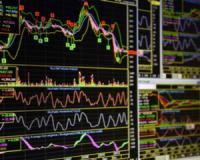 Last month in the South African Investor, I wrote about the world's most-feared recession indicator, the yield curve.

Joshua Benton,
Managing Editor, Real Wealth
P.S. Right now, there’s a US company I have my eyes on that’s set to generate massive profits in this $20 billion industry. You can get the full profile on this company here.
Tags: joshua benton, recession, indicator, yield curve, buy

This recession indicator is giving me a MAJOR buy signal right now
Rate this article
Note: 3.4 of 5 votes