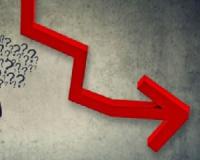 In dollar terms the price of corn is up 37%, and that of soybeans is up 36% in the past six months.

We've also seen wheat soar 40% in the past six months.

And this is because of the war between Russia and Ukraine as both these countries are large exporters of corn and wheat.

While this will definitely have an effect on inflation and food prices, large increases in grain prices have an even bigger negative effect on companies that use these as raw material inputs.

Right now, there are three JSE listed companies that will hurt as a result of these grain price increases…

I expect big downside for these three stocks

Stock #1 – Quantum Food Holdings
Quantum Foods is an egg producer, and it also hatches chickens to supply into the poultry industry.

Grains like corn and soy are the main sources of food for chickens.
Hence – the prices of these go up, the cost to produce eggs increases.

While the company can increase prices when it sells, it is impossible to increase prices by as much as input costs have increased in one go. So, it will have to absorb some of the price increases, at least initially.

This is clear in Quantum’s price history. The company is highly cyclical and highly sensitive to increases in input costs.Looking at the chart, the share has been range bound between R2.5 and R6 over the past five years. The share price has come down of late. But I’d wait for it to hit around R3.50 before considering buying.

The global decarbonisation race is on and there are some interesting tech plays that could profit big over the next few years.  Our team here at South African Investor have identified five climate tech plays you should consider adding to your portfolio…

Its bread business specifically will be badly hurt by the higher wheat price.

Bread being a consumer staple means its price isn’t highly flexible – so sudden increases in input costs will definitely hurt profitability this year.

The company’s share price is down by 17% in the past six months. But it still trades at a PE ratio of more than 13 – which is round about its average. So, there’s possibly still another 10% to 20% downside to come.

While Astral shares are down around 17% for the past six months, they’re flat over the past 12 months. They don’t yet reflect downside from high grain prices fully. Especially if the Ukrainian war continues, and we are faced with higher prices for the duration of 2022 and possibly even early 2023…

When it released results in November 2021 the company was already worried about a bad 2022 – and that was before the war and poultry prices shot up.

Management has stated the company’s near-term prospects would be negatively affected by:

Remember – low stock prices might seem attractive. Sometimes they are. But shares tend to fall lower than one expects. And I expect these prices haven’t bottomed out yet.

Three stocks that are likely to be pummelled by high grain prices
Rate this article
Note: 3.14 of 11 votes