Three themes that could dominate 2022 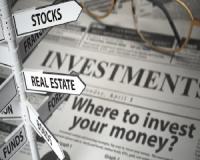 Incredibly, it's already that time of year when brokers, banks and analysts' dust off their crystal balls and start making wild predictions on what will happen to financial markets over the next 12 months.

Now, it's important for you to remember, that no matter how fancy the title of the person making predictions, or how prestigious the institution, the future has a way of surprising us all.

Many people may have worried about a global virus taking hold some time in the future, but accurately predicting it would happen in early 2020, before the first stories came out of Wuhan, was impossible.

I agree, recognising which stories are important as they break will make you a great trader but, understanding deep and influential trends is a far more reliable way of making money in financial markets.

So, with all qualifications aside, let's look at three trends that could dominate financial markets in 2022.

For 30 Days, Sample our Top Three Investment Newsletters to see if they are right for you

Now, the midnight clock ticking from the 31st of December 2021 to the 1st of January 2022 doesn’t influence the sales or earnings forecast of global companies. And, while it may actually have a mild impact on South African FX markets, because your foreign currency allowances have just reset for the year, generally speaking, there is little “new year” impact on financial market pricing.

People may see the new year as a fresh start, a time to hit the gym or quit smoking, but the impact on aggregated financial data is low.

So, it should come as no surprise that my number one theme for 2022 is an extension of warnings we’ve been issuing in this newsletter for some time.

Prediction: Inflation is back, and it’s not going to come down quickly. Since the Fed initially started talking about how inflation would be transitory, we’ve been calling bulls*#t.

2022 is likely to be no different. Yes, we will probably see a moderation in some soft commodity prices, and you would expect global supply chains to sort themselves out, but once the icy hand of inflation gets a grip on the system, it doesn’t let go quickly.

We’re already seeing the start of this theme playing out as the first FOMC minutes were released on Wednesday, showing that the US Federal Reserve is ready to aggressively dial back their pandemic era stimulus measures.

What does this mean for you, the south African investor?

As we’ve said before, higher interest rates are coming. Inflation in the price of real goods and services is here. And that means three things.

In September, October, November, & December You Could Have Banked...

Don't miss your chance to 'pickpocket' the global financial markets and profit for 3 months, totally RISK-FREE

A perhaps less obvious theme is reverse globalisation. There is a lot we can unpack here, and the concept probably deserves one or two articles to itself, but let me try and explain it quickly.

If you don’t know, the term Globalisation was first coined by Theodore Levitt, who was a professor at Harvard Business school, and first became popular in the 1980s. The trend he recognised was the growing interdependence of the world’s economies, cultures and populations. He saw that companies (the creators of just about everything you use on a daily basis) could standardise their products and sell them to people across the world.

With the help of institutions like the World Trade Organisations (WTO), barriers to trade were removed and, as the world united, it prospered. Labour, goods and capital were freer to flow between areas of inequality and everyone gained. The world-pie became bigger.

Then for many reasons: The rise of social media; the clash of cultures as immigrants streamed across borders; and the reactionary force of entrenched old-world labour, the trend has started to reverse.

Barriers to trade increased, the Sino-US trade war escalated as antiquated trade taxes reared their ugly head.  We saw a dramatic increase in the use of tariff systems. Nationalist political rhetoric spiked, and power flowed from the centre to the extremes. These counter currents worked against the massive economically positive forces that had been placed previously.

As we ring in the new year, there’s no reason to believe these counter currents will abate in 2022. If anything, they could escalate further.

The expectation is that China will look more domestically. Following the supply chain disruptions of the last two years, countries are more focused on manufacturing as a strategic national advantage. Fabrication could move from the emerging markets back to the developed markets, we’ll probably see the increasing prevalence of ultra-high automation plants nearer the large
developed market consumer areas.

This theme could have many results.

Firstly, depending on the speed of the transition, higher inflation could be the result as low cost established production systems in China are no longer viable for regulatory reasons and the production efficiency at ultra-high tech localised factories take some time to catch up.

Secondly, developed market wealth creation may become more focused, as regional autonomy increases. In other words, the investment moves would be to stay overweight developed economies for now.

Finally, emerging market manufacturers may find they have less customers while pressure mounts on labour to move to areas of opportunity. Increased friction around emigration and immigration is likely. Legislation and regulatory barriers to the movement of labour and capital into high per capita income countries will increase.

But it’s not all doom and gloom.

It’s possible that the reactionary countertrend of reverse globalisation may continue, but in the metaverse the opposite is true. Now the metaverse itself probably gives us enough meat for at least three more articles, but there is no question that the online world is more integrated than ever before.

The idea that Crypto, in its infant stages, has given us a unified global currency and medium of exchange is fanciful, but incredibly exciting.

The idea of a unified, borderless, truly global currency has managed to generate enough hype today that it’s early-stage prototype products (Bitcoin and Ethereum) have a combined market capitalization over $1 trillion. That means the market system is currently allocating more value to these coins than all but a handful of global listed companies.

And, while the actual products themselves (Bitcoin and Ethereum) may be flawed (flightless birds, never destined to truly fly) the fact that they can achieve this type of market capitalisation speaks to an enormous demand for a unified, decentralised payments system.

Communication technologies like Zoom, Microsoft Teams have made the world smaller and more globalised than ever before. So, while high tech manufacturing may be returning to the developed world the rising digital gig economy is thriving. The idea, that ideas themselves can flow instantly around the world as global teams collaborate from desperate hubs is already a daily reality.

It’s one of the reasons vaccines could be developed as quickly as they were. Collaboration will likely increase. And knowledge work will become decentralised and global.

South African workers who are fortunate enough to be able to work online, can earn dollars, pounds and euros while still spending and living in our own fair country. All without ever having to take a flight or meet their colleagues in “real” life. Covid-19 has accelerated the digital migration of knowledge work in a way that is exciting and astounding!

So how do you play this?

Well, you could just get a high paying digital job overseas. Train up. Apply.

You’ll be surprised how easy it is. But from a financial market point of view, while I’m negative on the overhyped tech stocks, which currently trade on massive multiples. I would suggest ignoring the long-shot, pie-in-the-sky ideas that have generated massive excitement with the “promise” of future earnings.

But instead focus on truly global digital products. They’re likely to have some legs and will probably remain winners in any portfolio.

Three themes that could dominate 2022
Rate this article
Note: 4.75 of 2 votes