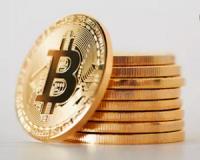 Whether it's big price increases or drops…

Or major developments being tested…

There's never a dull moment in the world of crypto.

And last week, was no different.

We saw a major institution scoop up Bitcoin, a double-digit price rise from coin and a Bitcoin prediction of $20,000 by the end of 2020.

Sam Volkering says a new crypto boom is set to unfold.
Is he out of his mind? Or could he be on to something?
Josh Benton has the answers
CLICK HERE to read his latest findings
________________________________________
This institution now owns almost 2% of all the Bitcoin that will ever exist
A crypto institution, Grayscale has been buying up Bitcoin at a much faster rate than it is being created.
Last week, the company added 9,503 BTC to their Bitcoin Trust (and 28,413 BTC before the halving).
But what’s even more significant is how much Bitcoin Grayscale owns against Bitcoin’s total supply.
By multiplying Grayscale’s outstanding shares by its Bitcoin per share we can see they’re holding around 365,748 Bitcoin.
Given that there will only ever be 21 million Bitcoin created, we can work out that Grayscale already owns 1.74% of all the Bitcoin that will ever exist.
And it is still accumulating at massive speed.
What happens if in a few years we have another 10-20 funds like Grayscale, providing crypto investment funds to the masses?
We could easily end up with 20%-50% of Bitcoin’s total supply locked up by these kinds of institutions… which I would imagine would lead to much higher prices due to supply and demand.
Of course, there’s nothing to say Grayscale and others won’t sell some if their supply down the line.
But another interesting thing about the Grayscale fund is it makes its investors lock up their holdings for a 12-month period before they are allowed to sell any.
The fact is, the “Institutional” money everyone was clamouring for back in 2018 has finally arrived. And this could be good news for prices going forward.
IOTA ended last week +20% higher – Here’s why
Last week, IOTA ran a stress-test of its new network software named “Hornet”, which reached 1,200 transactions per second (TPS) and 620 confirmed transactions per second.
Hornet is part of a much bigger upgrade to the IOTA network called Chrysalis, which I discussed last week Monday.
The first phase of chrysalis is coming next month (July), which will bring with it those massive TPS increases, making IOTA one of the fastest cryptos out there.
To put IOTA’s soon-to-be 1,200 TPS into perspective…
•    Bitcoin manages around 3.5 TPS
•    Ethereum can support 15 TPS in its current state
•    VISA averages around 1,700 TPS, but can handle up to 65,000
News of the Hornet test led to a 24% jump in IOTA’s price this week (by Friday morning).
That is a significant price rise by any measure. So, if the chrysalis upgrade goes well next month, we could be in for some very big gains.
Then in October, phase two of chrysalis is set to bring, among other major improvements, reusable addresses and coloured coins.
Reusable addresses will make IOTA much easier to use for everyone.
One of the main criticisms levelled at IOTA is the fact you have to use a new address every time you make a transaction. So, this will be a very welcome upgrade.
Then, Coloured coins have been around for a while on other blockchains. But the reason this is such a big deal for IOTA is that IOTA is feeless.
So, if a country moved its currency onto IOTA, no one would have to pay for any of the transactions. Or if a company moved its shares onto IOTA, transferring them would be free.
What’s more, coloured coins can be used to tokenise assets, like Tezos and Ethereum do.
So, a property developer could use coloured coins to tokenise a commercial property using IOTA.
Or an event could use coloured coins to represent tickets.
Or a company could use coloured coins to issue shares using IOTA.
The possibilities are endless.
Given the possibilities and potential of IOTA’s upgrade, the coin should easily be in the top 10 cryptos by market cap. And unless something major happens I expect we could see its price rise in the future. At today’s depressed market size, a top five position would mean a 583% price rise for IOTA!
________________________________________
Here's the PROOF: This recently made R8,848 in just a month (Since the COVID-19 Lockdown)
________________________________________
Bloomberg predicts Bitcoin will hit $20,000 this year
It’s unusual for Bloomberg to make Bitcoin predictions, and even more unusual for it to say: “Bitcoin will approach the record high of about $20,000 this year, in our view, if it follows 2016’s trend.”
The statement comes from a report it released last week called Bloomberg Crypto Outlook.
In the same report it also stated “Something Needs to Go Really Wrong for Bitcoin to Not Appreciate.”
So a very bullish prediction from the biggest analyst in the business. Either way, it’s just the latest mainstream interest in Bitcoin.
See you next week.
Joshua Benton,
Managing Editor, The South African Investor
P.S. If you want to know the fastest, safest and cheapest way to buy Bitcoin, IOTA and other cryptos, then get your hands on our crypto wealth package…
Tags: joshua benton, bitcoin, crypto, bloomberg, iota,