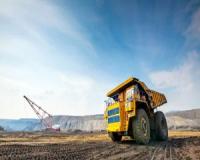 So what caused this meteoric rise in share price in such a short time?

Well, Jubilee is a tiny JSE listed metals and mining company. But instead of digging holes in the ground it digs through old mine dumps - taking every last bit of valuable metal out of them.
________________________________________
Five Takeover Stocks set to disrupt the JSE
These five stocks are pioneers in a disruptive step change in the JSE that’s going to unfold over the next 12 months.
And owning a portfolio of the right Big Five disruptors now could be one of the smartest investment speculations you ever make.
Find out why here.
________________________________________
Jubilee transformed its business in the past year
It all started with Jubilee’s 5 August Operations update.
In this update Jubilee told shareholders:
In short, Jubilee’s rapidly increasing its profitability from the operations it manages – and I believe the benefits are starting to flow through to shareholders.
But then, there was another announcement which pushed Jubilees share price further in late August…
Jubilee makes a game changing acquisition in Zambia
On 23 August 2019 Jubilee announced the completion of the Sable Zinc Refinery in Kabwe, Zambia.
Zambia has many old mine dumps from the 1960’s and 70’s. These older mine dumps are very attractive to companies like Jubilee.
And the acquisition of the Kabwe refinery is the first step in Jubilee’s master plan to exploit many of these old mine dumps.
You see, all you need to exploit old mine dumps is a processing plant to efficiently remove metals from dump rock.
Jubilee could’ve built new operations from scratch. But it rather decided to buy Glencore’s Sable Refinery – which is situated on a mine that reach the end of its life.
Doing this means Jubilee doesn’t take the risk of a construction project that could end up way behind schedule and over budget. It also inherits a plant that was optimized for the minerals found in this area – so less costly test work and optimisation will be required.
Jubilee will start working through the more than 6 million tonnes of surface materials, extracting copper, lead, zinc and vanadium from it. But the Sable plant is big enough that it can eventually start working on other old mine dumps as well – it just needs to acquire them.
This project on its own has the potential to DOUBLE Jubilee’s share price once it reaches full production.
________________________________________
Once you own this
Forex Profit Box
I want you to unsubscribe from me forever!
Find out why I’m making this bold statement now.
________________________________________
Two more announcement sent Jubilee’s share price soaring
More recently there have been two further announcements that have sent Jubilee’s share price soaring:
Jubilee share price catalyst #1: Windsor operations reach full production
Jubilee’s Windsor operations is a processing project that produces chrome and platinum. It started the project in 2018. The processing plant was commissioned in June 2019, and has now reached full production.
That means around 2,800 ounces platinum per month. It can also handle as much as 12,000 tonnes of chrome concentrate per month.
Jubilee share price catalyst #2: Acquiring full earnings share for the Hernic PGM project
Jubilee was initially partnered on the Hernic project, having to pay its project partner a profit share of the platinum produced at the Hernic project as well as giving the chrome concentrate at the project to its partner.
The company has now however acquired the full earnings potential of the project, buying out its partner.
The agreement gives it rights to 100% of the platinum earnings from this plant. It also gives Jubilee access to an additional chrome dump with around one million tonnes of rich platinum and chrome containing material.
This project already produces around 2,250 ounces of platinum per month and could do as much as 9,000 tons of chrome as well!
As Jubilee furthers the projects it already owns, and expands to acquiring other old dumps, I expect the company’s share price to run. R1.60 to R2 a share wouldn’t surprise me in the least…
Here’s to unleashing real value,