US interest rates, Three to buy and one to sell 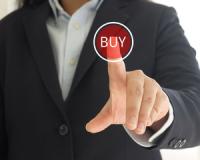 US interest rates on the rise.

Fed Chair Janet Yellen provided testimony last week indicating a high likelihood of another US interest rate hike in March. The markets are now pricing in a 0,25% hike. The US dollar is strengthening again.

Local markets were flat over the week. The All Share squeezed out a gain of 0,1%, Resources were similar and Industrials down marginally (0,5%), Financials gained 1,7% on the back of good results from Nedbank.

Standard Bank gained 9,5%, Nedbank results were well received and it gained 8,6%. MTN results provided clarity and the share responded with a strong rally. On the downside, Resources felt the pressure of a stronger Rand, AngloGold fell 10,7%, Impala 6,9% and Steinhoff 5,3%.

Keep an eye on commodity prices, over the past six months there have been strong rallies in Coal, Copper, Iron Ore and Steel amongst others. These prices (if sustained) will start to impact earnings in 6 to 12 months' time. The market does not appear to be fully discounting current prices.

The March Futures close-out happens next week. It could provide a rally from current support levels. The Alsi40 sold off 6% since the end of January. It is now at the bottom of the trading range and oversold at these levels. It is common for the market to rally into the close-out, particularly when there has been a sell-off in the weeks prior.
Get some exposure around the 44,150 level or by later this week and ride it into the close-out. (Don’t over exposure yourself and apply a stop loss of 43, 250).

In January, we called a sell on Anglo at R220. The share has retraced 10% and is now oversold. Rand Strength was a big factor and with US rates on the rise, you should look to re-enter Anglo at R190 or lower. Buy.

Buy PPC - It's recapitalised and ready to build

PPC dealt with numerous management challenges and the resulting fall out in 2016. It raised capital and the business has stabilised. Technically the stock has broken through short term resistance. It may be early to call the recovery, but on a PE of 5x any improvement in cement prices will be rewarded quickly. Buy.

Sell Nedbank - Nice rally – but it's time to take profit…

Nedbank produced results last week, the market has responded well and the share price rallied 14%. Despite the strong outlook, prices tend to over shoot on published announcements. This is an opportunity to take profit, sell above R262,00.

What about Offshore Investments?

All too often we see client neglect their offshore investment decisions until there is panic in the currency. The Rand has strengthened to levels last seen in 2015 (before NeneGate). Prodigy, recently rebalanced our Global Portfolio. Contact us if you would like to discuss Offshore Investment options
Director of Prodigy Asset Management
Guy@prodigyam.co.za

US interest rates, Three to buy and one to sell
Rate this article
Note: 5 of 1 vote