Wall Street's “superinvestor” guide to pick the most profitable stocks 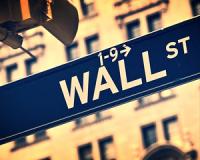 You've probably heard the famous story of how Warren Buffett grew Berkshire & Hathaway into a multibillion dollar business. Or how the king of value investing, Benjamin Graham conquered the US stock market through the Great Depression.

But have you heard of the investor who managed to earn $19 million for his fund in just one year?

An investor who also managed to outperform the stock market by 6% every year, for 47 years!

In fact, the greatest investor ever known, Warren Buffett, referred to him as a “superinvestor” and “one of the good guys on Wall Street.”

Discover how superstar penny shares can make you reliably richer!

Go ahead, close your eyes – picture yourself without financial concerns because you’ve harnessed the huge cash-generating power of fundamentally and scientifically selected penny shares. My Red Hot Penny Shares system is working full force for you.

Charles Edwards had this to say about his Red Hot Penny Shares subscription: “With your reports in hand, I feel like a professional investment manager who has a team of researchers at his disposal.  What a privilege to have access to all these impartially prepared assessments on a variety of different businesses with all the information needed to make an informed investment decision on any one of your suggested buys  -  a strategy that earned me hundreds of thousands of rand over the years”


The investor behind beating the S&P for 47 years is Walter Schloss.

Walter Schloss was low key investor and sought to impress no one. He never went to college, but rather spent his days after school working for Wall Street as a runner.

As an investor, Walter never used a computer to get the latest data on shares. He got stock prices and data from the morning newspaper.

He never spoke to a company’s management and wasn’t good at interpreting what they were saying. Instead, Walter spent most of his time and effort pouring endlessly over annual reports. He looked intensively at numbers and preferred stocks with a track record of more than 10 years.

Consequently he earned the reputation of being one of the greatest investors ever.

And like I mentioned earlier, Walter earned a whopping $19 million for his firm in just one year. In a 1994 letter to shareholders, Warren Buffett said: "Please note that Walter's total office expense is about $11,000 as compared to net income of $19 million. Meanwhile, Walter continues to outperform managers who work in temples filled with paintings, staff and computers."

So what are Walter Schloss’s proven investment priciples?

I'll teach you how to open a Forex account, trade it and understand everything you need to know to get started making money!

1. Stay away from the emotions of the market


Most share prices react to market sentiment. Any news deemed “bad” for a company will have a knock-on effect on its share price driving it lower. Walter believes fear and greed are probably the worst emotions to have in connection with investing in stocks.


A starting point for investors is to establish the value of the company. Walter believes book value is good indicator to discover cheap, but good stocks. He encourages investors to buy a company’s assets at a discount rather than to buy its earnings. Earnings can change dramatically in a short time. Asset change slowly.

Also make sure that a company’s debt doesn’t equal 100% of the equity.


3. Buy value. If the price goes down, buy more


If you invest in company that’s trading at good value and it drops, the best course of action is to buy more. You must have the confidence in what your investments. You have to be patient too.

4. Never forget the power of compounding


Walter Schloss believed the effect of compounding is pivotal to generating exponential returns.  He said, “If you can make 12% in a year and reinvest the money back, you will double your money in 6 years.”

P.S. In my Real Wealth newsletter, I use a professional investment strategy that helped some of the best investors in history succeed like Walter Schloss. In fact, Walter used the exact same strategy to take home $19 million in one year. Now you too, can discover this secret that will help you succeed on the stock market.
Tags: investing, compunding, warren buffett. real wealth, compounding interest, superinvestor, wall street lessons, investing strategy, greatest investors

Wall Street's “superinvestor” guide to pick the most profitable stocks
Rate this article
Note: 5 of 1 vote