Warning: This type of investor's behaviour will destroy your wealth… 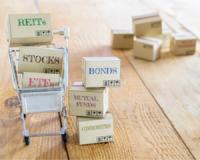 Some investors or analysts will say it's just erased the losses from last year.

But many will say the strong rally will continue delivering even more returns.

Whether or not that's true, it would be no surprise to now see investors pile money into the stock market.

And if you're one of those investors, that have been waiting patiently for an entry into the market…

This behaviour will destroy your wealth.

Trying to “time the market” is the same as gambling

Agonising over every twist and turn in the market and trying to adjust your investments with each one is what we call “market timing”.
The truth is, it’s impossible to time the market consistently. Not even the richest and most successful investors can continuously time the market.
But of course, investors will still try.
Well, I’m here to tell you to resist the temptation to take a gamble like timing the market.
You see, looking at the past, it’s easy to tell when investors should’ve been in and out of the markets.
But looking towards the future, it’s a total gamble.
And worst of all, if you get it wrong just a couple of times, it could damage your entire investment portfolio.
Let me show you…
How timing the market could’ve made you a big loss
From October 2014 until April 2015, the JSE All Share had a strong run hitting a first time high of over 55,100.  It managed to gain 17% in this time alone.
But investors who decided to “time” the market and jump on board this rally in April 2015 would’ve lost quite a bit of their investment.
You see, after the JSE hit its all-time high it slowly began coming down. In fact, by the end of the year, the Index stood at 50,809 – More than a 7% drop.
So how do you avoid making this big mistake?


You don’t need to time the market, just limit your losses
Most investors fail to realise that timing the market require much more than knowing when to bail. It also requires you to know when to re-invest and then bail again.
Simply, investors need to constantly focus on the markets, just to find an entry point. This can be hard work and time-consuming.
So here are two ways to make sure you don’t take the gamble and time the market.
When you commit to investing, any market twists and turns become irrelevant and won’t affect your investment decision-making much.
So, you won’t make silly investment decisions that could cost your portfolio.
Like I said earlier, if you tried to time the market when the JSE reached its all-time high in 2015, you would’ve lost money.
But if you stayed invested from the beginning, you’d still be up 13% despite the fall from the JSE.
This is called position-sizing. And it’s a useful tool to limit the amount you put into each investment.
For example: ‘A’ had invested a portion of his money in the JSE. For a while, his stocks were consistently performing. But when the markets sank, ‘A’ lost nearly 50% of the value of investment.
But he could’ve prevented this huge fall.
Instead of ‘A’ rebalancing and selling a portion of the JSE All Share, so that it would represent 5% of his portfolio again, he let them ride. And when the markets fell, his portfolio fell with it.
In closing, the fact is, avoiding losses is impossible to do... Even the best investors have lost a fortune. The key is to learn how to limit your losses.
Until next time,
Always remember, knowledge brings you wealth,

Warning: This type of investor's behaviour will destroy your wealth…
Rate this article
Note: 5 of 1 vote