Warren Buffett made 99% of his current wealth after his 50th birthday from this group of stocks. Now it's possible for you to do it too 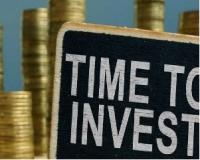 Imagine! At an age when some people give up hope of making real money,
Buffett was just getting started on the fortune he controls today.

And, that's why I'm here to say it's never to late to start investing… especially when you consider we are at the cusp of something huge… A massive shift from Growth to Value…

As you know tech stocks like Zoom, Netflix, Tesla Pinterest and many others have seen as much as 50% of their value wiped out, and yet other stocks are quietly making their mark…

The next decade of Value has already begun…

Warren Buffett made his fortune from these kinds of stocks…

And now Fortune Magazine has reported, this group of stocks is:
“Poised to make a killing over the next decade.”

The window of opportunity is closing fast…. And I believe now is your time to get rich in the next decade of Value.

That’s why I’ve just released my latest report on the three best value plays on the JSE right now.  I’m talking upwards of 200%, 300% possibly even more over the next 18 to 24 months.

If you regret not getting in early on megatrends like crypto, electric vehicles and others, then here’s your best chance yet, to be part of this next, once in a generation opportunity.
Tags: value stocks, jse shares, joshua benton, editor, real wealth

Warren Buffett made 99% of his current wealth after his 50th birthday from this group of stocks. Now it's possible for you to do it too
Rate this article
Note: 3.5 of 8 votes