What a third interest cut means for US stocks! 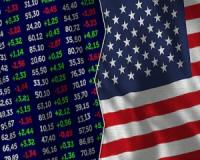 Last week, the US Federal Reserve finally cut interest rates again. The rationale behind this move is to help sustain US growth.

Now the quarter-point cut marks the third rate cut this year. And this can be good news for stock investors. In fact, following the latest announcement, US stock markets hit new highs.

If history is anything to go by, we could see US stocks generate double-digit gains over the next 12 months. Double-digit gains could be on the cards over the next 12 months
When the Federal Reserve cuts interest rates three times and pauses, stocks continue higher.
Take a look at the chart below. In 1996 and 1998, three rate cuts were the sweet spot.
It lifted the slowing economy, much like the one today, and allowed stocks to march even higher.
And the last two times this happened, we saw double-digit rallies in the stock market — as you can see in the chart above.
While this is great news for stock investors, there’s one thing you need to know.
The problem comes when more interest rate cuts follow the third cut. History shows that means the economy is struggling more than expected.
If that happens, look out, because stocks are setting up to experience a major crash.
During 2001 (dotcom bubble) and 2007 (housing bubble), the Feds cut interest rates more than three times. During this stage, the US economy was heading into a recession.
As you can see from the chart above, the S&P 500 performed dismally in the 12 months that followed.
The good news is…
________________________________________
The reason why most Forex systems only work over the short term - and how you can avoid this common pitfall to profit for years to come
Here’s the problem…
There is a generally accepted misnomer in the financial sector that the numbers aren’t real, that there are no products behind them, no real money.
It’s as if they’ve forgotten that when you buy gold, you get a lump of physical gold to hide away in your shed.
That when you invest in corn futures, there’s an actual freight carriage full of corn sat in an industrial train yard somewhere, or in a farmer’s field, ready to be harvested.
And, that the currency markets determine the value of the sterling coins you carry around in your pocket every day.
Learn and profit from The Forex Profit Box today.
________________________________________
There are no signs of an imminent recession in the US right now
Anyone with jitters about the US economy got an unexpected surprise on Friday.
According to the Bureau of Labour Statistics, US employers added 128,000 jobs in October. This easily beat economists' forecasts of 89,000 jobs
While, the unemployment rate did rise slightly to 3.6%, it was for a good reason: 325,000 Americans started looking for work.
Average hourly earnings increased 0.2%. While it’s a slightly slower pace than expected, overall, it’s still up 3% from a year earlier.
So in short, the current economic expansion (already the longest in US history) looks set to continue for a little while longer.
And the smart money is betting on a continued bull market, despite the uncertainty in the months ahead.
So if you thinking of going offshore then, read Pick Pocket Trader for the best offshore opportunities right now.
And don’t miss out!
See you next week.

Joshua Benton,
The South African Investor
PS. At home my colleague Francois Joubert says there are so many quality companies selling at discounts, that make them ripe for takeover.
And when these companies get scooped up, savvy investors will profit big time. Take a look at the 5 companies he has on his radar right now!
Tags: joshua benton, us stocks, usa, us federal reserve, s&p 500, offshore,

What a third interest cut means for US stocks!
Rate this article
Note: 2.83 of 3 votes