What China's banking crisis means for you 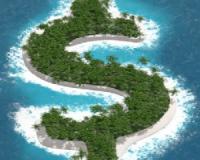 The term banking crisis is often overused. Certainly, there are times when it's appropriate, like during the 2008 Global Financial Crisis, however it's usually just a term used to describe a rather minor disruption to the normal functioning of a country's banking sector. Well, that's not the case with China currently.

The country is in the midst of a true banking crisis. How bad is it? Well, the government has literally put heavily armed military tanks on the streets to protect troubled banks from angry customers. That is a crisis by anyone's definition.

Before I continue, I want you to keep something in mind.

It's difficult to get reliable information out of a country like China. The Chinese government keeps a tight control over information at the best of times, but their restrictions go into overdrive whenever there is any kind of negative news. Just look at what happened during the initial outbreak of the coronavirus. There is a real possibility some of the information we're seeing on the story is inaccurate or perhaps out of date. On the other hand, it also means if “bad news” is managing to break through to the outside world, it's also more likely to be a substantial issue.
Just four days left to claim your copy of Josh Benton’s Retire Rich with Dividends report...

So how did the crisis start?
A number of small regional banks in the Henan province (and one bank in neighbouring Anhui) have had issues paying back depositors. It appears to have started a few months ago when some depositors reported difficulty accessing their accounts. At first, it was blamed on an IT upgrade issue, but soon it became clear that there was something very wrong.

Since the initial reports of frozen accounts, several protests have erupted. And, since the Chinese government is very wary of any form of mass political or social expression it did not initiate, it cracked down on protestors. In addition to the tanks, there is video of bank depositors being beaten by thugs while the police look on.

At the same time, another type of bank protest movement emerged. This one centred around mortgage payments. Across as many as 80 Chinese cities, people started refusing to pay for mortgages on properties which developers never completed. Unfinished projects are apparently a growing problem in China as property developers came under increased financial strain. Recall the recent Evergrande bankruptcy. This again will impact the banking institutions that facilitated the property backed lending.

All this comes at a time when the Chinese economy is also finding it more difficult to grow.  The country recently missed GDP forecasts for the second quarter. This is a rare embarrassment for the government, which can usually rely on at least matching forecasts.

All in all, it would appear the world’s second largest economy may be more vulnerable than many people believe. The government is currently trying to regain control of the situation, but there are limits to its capacity. To make things worse, it appears the top leadership is dysfunctional. I’ve regularly written about the importance of a communication feedback loop for any government.

President Xi has now accumulated so much power that his underlings are literally reluctant to pass on bad news. Last year China suffered a massive electricity crisis. Rumours are that Xi only became aware of it months after problems started.

Imagine President Ramaphosa was only now becoming aware loadshedding had restarted. It’s hard to imagine! But the truth is, it is very possible the people in the right positions to rectify this growing crisis, may not even be aware there is a problem.

So, how will this affect your investments?
There’s no question, given the sheer scale of Chinese economic output and the West’s reliance on cheaply manufactured goods, that if the Chinese economy gets into real trouble, it will have global ramifications.

But, even at this stage, certain areas of the market are likely to be more sensitive to China’s woes. One part of the market that is already seeing movement is Chinese Sovereign bonds. Foreign investors have become net sellers. Global funds have been selling Chinese debt at a steady pace.

So, while there are still many reasons to be invested in China (the lack of correlation between Chinese markets and western markets is probably the most compelling), international investors may wish to review their positions. I believe Chinese consumer and healthcare stocks will still do well, but I’d be very hesitant to buy into either the Chinese property or financial sectors.

Why South African Retirees may be more exposed to China than they realise
As a South African investor, you should also consider China most likely exerts a disproportionate influence on your investment returns. Firstly, most South African retirement products will have a significant weighting to Chinese internet company Tencent via either a Naspers or Prosus holding.

Together, Naspers and Prosus, make up 17% of the Shareholder Weighted SWIX Top 40 (J400), 11% of the FTSE/JSE All Share Index (J203) and almost 13% of the FTSE/JSE Top40 (J200). That means most active managers will likely have some exposure to the counters, while passive investors via ETFs will almost certainly be exposed.

Next, consider the fact that China is a key commodity consumer.

Its ability to roll out infrastructure programmes is a key determining factor in the fortunes of many of the JSE listed resource companies. These resource companies often form a significant portion of a local listed investment strategy.
I can even take this a step further. The incredible run up in commodity prices over the last few years has not only assisted South African stock market investors, but it’s also helped to significantly boost South African tax collection.

The super-normal profits from our resource companies saw money flooding into the National Treasury. If we see a serious commodity price collapse, our already stretched government finances will likely test breaking point. It’s not a pretty picture.

Imagine a true currency collapse, brought on by a deep and lasting local recession. And given the high unemployment rate, rising inflation and limited prospects for the youth, the civil unrest we saw last year could just be the tip of the iceberg.

So how can you protect yourself?
As I mentioned in previous articles, diversifying your investments offshore is critical. I recently discussed the benefit of creating a personal US dollar account.

If you’re interested, I have arranged a special access for any Money Morning subscriber wanting to increase their US dollar holdings. All you have to do is email support@randswiss.com with the promo code DOLLARS2022 and one of our representatives will contact you to guide you through the set-up process.

You’ll receive a Foreign Currency Account (FCA) facility at one of South Africa’s leading investment banks. The account costs you nothing to open and funding
it is as simple as doing a normal local Electronic Funds Transfer (ETF).

I have no doubt, this is the easiest and cheapest way of building up a US dollar
deposit as a South African citizen.

What China's banking crisis means for you
Rate this article
Note: 4.63 of 4 votes