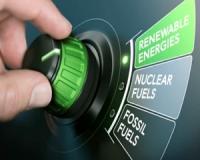 I'm sure you've heard, with a great deal of fanfare from the COP26 conference, that the US, UK, Germany, France and the EU have secured a deal to provide South Africa with R130 billion in climate finance to build more renewable energy - and replace aging Eskom plants.