What happens if Russia's war spreads to the rest of Europe? 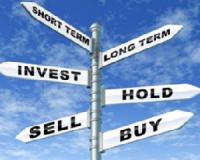 We're all watching as Russia and Ukraine are in the midst of a bloody war. Over 3 million people have already been uprooted from their homes, and have fled Ukraine. All this following Russian President Vladimir Putin's address to his people announcing a “special military operation” in Ukraine to “denazify” the country.

We're experiencing the uncertainty a war like this brings.

The possibility of worldwide grain shortages. Energy prices soaring. And markets are see-sawing up and down.

Russia's stock market has closed until the end of this week - with the possibility of remaining closed for even longer as sanctions tear the Russian economy apart. The Russian stock market was down 43% since its October 2021 highs before it closed down.

All of this would reverse quickly if the war is brought to a quick conclusion tomorrow.

But what if the war is dragged out?

Or worse yet - what if the war spreads to other Nato countries, or the rest of Europe?
Editor side note...Five defensive stocks you need to consider now!

What’s the chance of this war spreading to other European countries?

“Peace talks” are underway as we speak.

To date they’ve only enabled limited humanitarian corridors for Ukrainians to flee the war torn country. While many of those efforts have failed, with both sides blaming the other for cease-fire violations, evacuations appeared to be ramping up on Monday.

2,500 civilians have already died in Mariupol and 350,000 people are trapped in the burning city.

That brings us to the flip side to these ‘peace talks’…

According to Vladimir Milov, a former Russian deputy minister and Putin critic the chances of Putin taking the fight outside of Ukraine is now more than 50%.
At the very least – you should consider the possibility of a stretched-out war.

In fact, according to Milov the sanctions being applied against Russia are likely to be seen as a declaration of war against Russia by the West in any case – tanks and guns aren’t always needed to declare war.

Milov says he “Expects direct military confrontation between Russia and NATO”.
Despite NATO trying to avoid further war – the Russians already believe they
are at war with the west, and want to punish western countries for the sanctions against them.

At the same time – the Ukrainians have said they will not surrender.

The fact that the Russian army is struggling with its conquest of Ukraine proves it doesn’t have the power to take on NATO, or the USA specifically.

The US spends more than double on defence than the rest of NATO combined.
It has 1.3 million active troops, 865,000 in reserve and the best military equipment in the world.

Russia knows this. But by using threats of nuclear war, and just doing enough not to provoke a full on NATO strike it is effectively trying to beat the west into submission.

What should your game plan be considering the likelihood of a protracted war?

The first thing to realise is this war will cause increasing inflation worldwide.

Then you need to watch these commodities...

Energy costs will remain high – even though the price of oil has dropped somewhat we will see oil remain around the $100 level. Escalations in the war will see the price rise even further.

Shortages of maize, wheat and sunflowers will send the prices of staples
higher.

Markets will become more unpredictable and volatile. Dropping on bad news and shooting up on good news.

Gold and gold producers are well positioned in this market.

Primary food producers could benefit from high market prices. But I would steer away from producers that are price takers – think of the poultry industry which is very sensitive to feed costs.

My Top five stocks on the JSE right now!

2.    You could double your money on one of SA's last Gold Miners

4.    I’m expecting 380% upside from one of the hottest Covid Recovery Stocks on the market!

5.    Future profits lie in Defence and security businesses- this could mean only one thing for this company's share price!

If war escalates, or this war gives China the push it needs to move on Taiwan, it would create a break in investment markets the world over.

Globalisation would come to an end.

You’d have to ask yourself if a company like Nasper’s investment in Tencent (China) or Mail.ru (Russia) would still be safe?

It also means that investors who have been focussing on offshore investments will likely look back to local companies for safety. Local companies, with local operations that is…

It’s a back-to-the-future moment for the world, both in geopolitical and economic terms.

We can refocus our energy on renewing economic integration or dissolve back into hemispheric, regional and local trading blocs with potentially devastating consequences for both civil and economic society.

For now, we hope for a swift end to the war and a return back to normal.
But if the past two years have taught me anything, its that we should be prepared for the ABNORMAL…

What happens if Russia's war spreads to the rest of Europe?
Rate this article
Note: 4.67 of 6 votes