What is the state of SA's economic recovery right now? 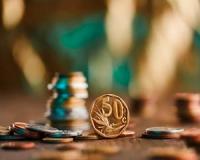 We're back in level 4 today.

But life has changed a lot. We've adapted to the pandemic and its effects on our lives and businesses.

What is the state of SA's economic recovery right now?
Rate this article
Note: 5 of 3 votes