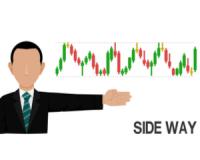 Irving Kahn was the oldest active money manager on Wall Street before he passed away.

He was born in 1905 and in 2002 he said that he was still working through the night finding great stocks.

But more than his work ethic, Kahn was known for the fortune he made during the ‘Great Depression' in the 1930's.

Kahn began working on Wall Street in 1928 during a roaring bull market and became convinced a year later that stocks were overpriced in what he recalled was a “crazy market.”

Flouting conventional wisdom, he took his entire net worth at the time, $300, and shorted Magma Copper shares. When the market crashed in October 1929, Kahn's $300 had turned to $1,000.
________________________________________
5 free gifts to help make 2019 the most profitable year of your life
In 2018, our recommendations could have made you 31%, 37% and even 49% in less than 6 months, while the JSE All Share sank 14%!
Read on and see how to claim your exclusive ‘Invest for Profit 2019’ TODAY – and see how you too could experience market-smashing gains like these over the next 12 months
________________________________________
How Kahn made his fortune during the Great Depression
Kahn was schooled by one of the great investors and investment writers, Benjamin Graham, who himself was a mentor to the world’s greatest investor, Warren Buffett.
Before his death, Kahn was chairman of Kahn Brothers, a New York investment firm founded in 1978 with about $1 billion under management and headed by Thomas Kahn, Irving’s son. Irving Kahn still regularly came into the office up to the age of 108!
But after Mr Kahn’s early success in the risky business of short-selling, his approach changed to one of finding solid companies that were undervalued by the stock market and then holding on to them.
Irving Kahn said: “During the Great Depression, I could find stocks trading at tremendous discounts. I learnt from Ben Graham that one could study financial statements to find stocks that were a 'dollar selling for 50 cents’. He called this the 'margin of safety’ and it’s still the most important concept related to risk.”
________________________________________
Generate a R700,000 windfall starting with R10,000 using the oldest wealth trick in the world
This wealth secret is the most powerful force in finance. It’s the force behind almost every fortune. The brilliant financial writer of the Dow Theory Letters, Richard Russell, called it “The Royal Road to Riches.” And it’s been mathematically proven time and time again as the #1 ’how to get rich quick’ trick in the modern world.
Even Einstein joked that it is “the most powerful force in the universe.”
And in my book on page 11, I’ll show you how to use it to turn R10,000 into more than R700,000…
Now, I'm not guaranteeing you're going to make R700,000 using this secret.
But, you certainly can easily make a nice chunk of change.
Even better, I'm going to show you exactly how you could be using ‘the oldest wealth trick in the world’ TODAY to guarantee yourself automatic income payments.
In The Little Book of BIG Income – Ten Filthy Secrets to get Rich Quick, you'll find this secret.
________________________________________
What you should get from this about today’s market
2018 was a nightmare of a year for most investors.
The JSE All-Share Index dropped 11.71% and the Small Cap index dropped a whopping 18.10%.
Investors are fearful to invest what with SA’s recent recession, political fears, a global trade war…
But the fact is – if you buy shares with a big margin of safety, ones that are trading at 30%, 40% and 50% discounts there exists incredible opportunity for upside!
And that is how I have selected my Top 5 Penny Stock companies to buy in 2019.  For a limited time you can download a copy of my report and the in-depth detail on these 5 shares here.
Here’s to unleashing real value,

What the oldest money manager on Wall Street can teach you about investing in 2019
Rate this article
Note: 4.5 of 5 votes