What the resources boom means for the rand 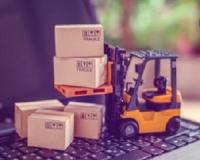 By now I'm sure you've noticed commodity prices are booming!

Fifty-three out of 63 commodities monitored by the World Bank were up in price in December 2020 compared with the same month a year earlier.

Copper, Palladium, Rhodium and many other metals are at all time highs. Even agricultural commodities like soy, maize and sunflower are climbing.

I don't expect this to continue forever. My forecast is by end of 2021 this boom will have run its course. Prices will stabilise, and many will drop significantly in the year or two after that.

But in the meantime, they are on the up - and this means you need to understand how that will affect our economy and the rand in particular!
________________________________________
Are you Ready to Take Advantage of FSP Invest’s
Open House?
Sign up to FSP Invest’s Open House and start receiving our fast-paced stock advisory newsletters, and other independent research TODAY!
By having all of these services at hand, you will always have the right tool at the right time, helping you to achieve consistent gains in ANY market.
To get started, click the button below
Note, you have until Friday, May 31st to take advantage of this offer.
________________________________________
Thanks to soaring commodity prices SA exports are rocketing
On 30 April 2021 SARS released data regarding the country’s trade surplus.
South Africa’s March 2021 trade surplus came in at a massive R52.8 billion.
Expectation was a surplus of R28.3 billion.
This came on the back of a 28.9% month on month increase in exports to R168.29 billion.
While you might think the increase was due to lower imports, imports still increased 16.3% month on month to R115.52 billion.
The trade balance sat at a negative level for most of 2010 through to 2015 after which it turned slightly positive.
The current trade surplus is the largest SA’s seen in at least the last 25 years!
What this means for our economy and the currency
Simply put – a lot more money is flowing into South Africa through exports than what is flowing out via imports.
That means we are accumulating cash locally.
In the first instance – this means a stronger rand.
That’s because we sell commodities in dollars, and to repatriate the money, rands have to be bought with those dollars. That increases demand for the rand, strengthening it along the way.
A stronger rand is good for consumer spending. As it means imported goods, especially electronics, gets cheaper.
Eventually, it will spur consumer spending.
And as this happens – it will put pressure on inflation, with interest rates probably increasing.
On the other hand, it can also spur local investors to take more money offshore while the rand is strong.
Both this, and increased imports, will put pressure back on the rand – and might be enough to weaken it in the longer run.

________________________________________
R25,750 in profits from just three trades in one month? Find out how it’s possible here!
________________________________________
So, what should you expect in the coming year?
You should remember the rand strength we’re seeing at the moment is temporary.
I expect we could see further strengthening, perhaps to R13.50 to a US dollar.
But eventually commodities will run out of steam. And this will see the value of our exports drop to ‘normal’ levels again.
At the same time, rising bond yields in the US will see investors reinvest in US bonds again – probably in early to late 2022. That will see the dollar strengthen against the rand as well.
And lastly – the underperformance of the SA economy, especially because of Eskom cannot be ignored.
Ride the wave of rand strength now. Its good for SA stocks, and for our pockets.
But it will end toward the end of 2021 to mid-2022. So be ready to increase your allocation to offshore investments again by then…
Here’s to unleashing real value
Francois Joubert
Editor, Red Hot Penny Shares
Tags: francois joubert, investing, rand, currency, sa economy,

What the resources boom means for the rand
Rate this article
Note: 3.33 of 3 votes