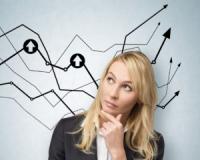 In the early 1970s, companies like Coca-Cola, IBM, Johnson & Johnson, Pepsi and 46 others soared on the stock market. These companies were dubbed the “Nifty-Fifty”.

In simple terms, the “Nifty-Fifty” were a group of premier growth stocks that became market darlings in the early 1970s. All of these stocks had proven growth records, continual increases in dividends and high market caps.

And because these companies demonstrated huge potential, the Nifty Fifty were also ‘called one-decision stocks' - Buy and never sell them.

When the 1973/1974 US stock market depression hit, it slashed the value of most of the “Nifty Fifty.” Consequently, many investors vowed never again to pay for expensive growth stocks.

But over the next 25 years, many of the “Nifty-Fifty” managed to outperform the S&P 500, while some failed to even make a return.

These are just some of the headlines we’ve seen in the local and global press since February this year… Fast forward four months and things are only getting worse.

So what should you do?

How should you be investing?

Where will your hard-earned money be treated best?

And what investment strategies should you steer well clear of?

If you care about your future prosperity, your retirement and the financial well-being of your family, you owe it to yourself to attend.


Lesson #1:  You must pay the price for consistent performing growth stocks

But Buffett simply didn't care. In fact, his investment in coke grew nearly 16 times over.

Lesson #2: Not all growth stocks will perform the same

The “Nifty-Fifty” comprised of pharmaceutical, technology, consumer and retail companies amongst others.

Even though they soared in the beginning of the 1970s – only a quarter managed to outperform the S&P over the following 26 years.

This is the ONE wealth-building strategy that can help you build a significant retirement fortune.
AND take more than R400 off the normal price.

Technology growth companies like Polaroid, Emery Air Freight and Burroughs had to always keep up with the improving technology and constantly develop innovative products. Failure to do so saw these tech stocks produce negative earnings and achieving negative returns.

It was the ‘boring’ consumer companies that were the winners. The reason? These companies consistently demonstrated strong brand value. For example: Companies like Coca-Cola, Pepsi, Gillette and Phillip Morris always had many customers buying their products.

So what you can learn from this is good growth companies demonstrate more than just consistent earnings growth.  They also need to have a strong brand value.

As I mentioned earlier, the “Nifty-Fifty” had proven growth records and consistent increases in dividends.

Some managed to outperform the market, some didn’t. But just imagine you were able to identify a magnificent growth company like Johnson & Johnson, Coca-Cola or Philip Morris. You could’ve made a fortune.

And what if I told you, there’s a JSE company that could’ve easily fitted in the Nifty-Fifty?

FACT: Only 2% of sports bettors make money in the long run!

A lot of Sports Bettors can have one or two lucky strikes, but if they don’t make use of a system that works, they will end up losing in the long run.

It’s NOT by betting on the ‘top teams’ to win every week.

It’s NOT by chasing that one huge payout

It’s NOT by knowing a lot about sports.

The group sealed its place as Africa’s leading branded food services franchisor with 19 restaurant brands in its portfolio, a network of 2,500 restaurants in 15 countries – including international exposure in the UK, India, Egypt and the United Arab Emirates – proving it’s a dominant business in its industry with a strong brand value.

This just proves if you can identify growth stocks that have consistent earnings, dividends, and demonstrate a strong brand value with a profitable strategy, you can become extremely wealthy.

P.S. If you’re looking for growth stocks that have consistent earnings, dividends, and demonstrate a strong brand value with a profitable strategy then I urge you to check out Real Wealth. Through many hours of researching, I’ve uncovered a few magnificent growth companies that are poised to generate good returns. In fact, the last solid growth company I recommended has soared 15% in the past 2 months.
Tags: famous brands, nifty-fifty, growth stocks

What true growth investors can learn from the success and failure of the “Nifty-Fifty”
Rate this article
Note: 5 of 1 vote