Why Charlie Munger bought Bank of America and Wells Fargo... 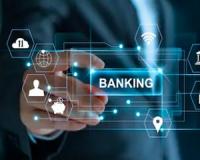 Chances are you know of Warren Buffett.

But do you know Buffett's right-hand man, Charlie Munger?

Most people are familiar with Munger from his association with Buffett.

For 50-plus years, Munger has been the vice chairman at Berkshire Hathaway. And his eye for great investments has helped Buffett grow Berkshire into a $514 billion investment giant today.

But I don't want to talk about Munger and Berkshire.

Instead I want to share another great Munger investment story - one that saw him net a $110 million windfall…
________________________________________
“The easiest money I’ve ever made”
Benjamin Graham uncovered this investment secret in the 1930’s.
Warren Buffett uses it… and his partner, Charlie Munger uses it…
And Sir John Templeton made $100 million in six months with this strategy...
He called it the “easiest money” he ever made.
He was 88 years old when he said that.
Now regular investors can use this investment strategy to pull in large sums of money.
Everything you need to know is right here.
________________________________________
Buying the RIGHT stocks at the absolute bottom…
Munger is also the chairman of the Daily Journal, which produces newspapers and websites for legal, business and other purposes.
The newspaper business isn’t a great one, but Daily Journal just happens to be the vehicle through which Charlie Munger made one of the greatest investments of all time.
In early 2009, almost everyone was experiencing the normal human fight-or-flight response, with most investors choosing to flee.
People were scared. The consensus was that we were on the verge of a multiyear depression.
But always a rational thinker, Munger had a different view of what was about to happen.
On September 30, 2008, Daily Journal found itself sitting on $20.7 million in cash.
Unlike most CEOs, Munger did not let the cash burn a hole in his pocket. He was content to let it build until an obvious use for it arrived.
On March 9, 2009, the S&P 500 bottomed.
At that very moment, when investors all over the world were fleeing and giving up on stocks, Charlie Munger took Daily Journal’s cash and invested $20.4 million into two bank stocks – Wells Fargo and Bank of America.
A surprising move to make from any investors as financial stocks were crashing.
But while some financial stocks did go to zero, Wells Fargo and Bank of America most certainly did not. Munger knew these banks extremely well, having studied them for years.
The rest is history.
The Daily Journal equity portfolio jumped from $20.4 million in March 2009 to $131 million by December 31, 2015 – an over 6-fold increase!
________________________________________
Get ready for the next revolution in Crypto!
“If you want to cash in on the next crypto boom – read this report as fast as you can!”
To make it impossible for you to miss out:
1. It’s FREE
2. Read on to claim your copy now!
________________________________________
So what’s the key takeaway for today’s market…
The financial crisis is getting more distant with each passing year, but if you lived through it, you can close your eyes and remember how terrifying it was for investors. We have had a taste of that level of panic in the markets this year.
Consequently, stocks initially sold off rapidly. The ones that have rebounded have been growth stocks like tech.
But there are still many great companies trading at bargain prices today and investors are ignoring them.
Yes, we know that some companies – specifically restaurants, airlines hotels etc may never re-open again.
But that doesn’t mean ALL companies will end up bankrupt or closed.
Just like 2009, there are plenty of beaten-down stocks that won’t disappear. They may be unloved today, but that doesn’t mean they won’t be back to business in the future when Covid has settled.
These beaten-down stocks are exactly where you should look to invest – Just like Munger did back in 2009.
One such company I’ve got my eye on sits at 36% discount to its REAL value today!
Like many companies, it’s been a victim of Covid-19. But here’s the thing…
It plays an integral part in SA’s economy.
They provide explosives and blasting services to South Africa’s Mining industry.
They provide crucial water treatment and process chemicals to public and industrial water and desalination plants.
They manufacture and supply an extensive range of crop protection products, plant nutrients and services to SA’s Agricultural sector.
They also supply raw materials for chemicals to SA’s Manufacturing, Industrial and Infrastructure sectors.
And these businesses have certainly been profitable for the company and investors…
Since 2010, revenue, profits, headline earnings per share and dividends have more than doubled.
You can find out the details of this share in my brand new report here.
See you next week.
Joshua Benton,
Managing Editor, The South African Investor
P.S. I have three quality companies set to rebound potentially doubling your money but you must act now!
Tags: joshua benton, investing, charlie munger, bank of america, wells fargo, banks,

Why Charlie Munger bought Bank of America and Wells Fargo...
Rate this article
Note: 4.5 of 4 votes