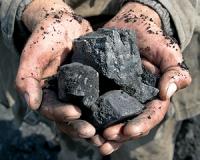 At the time Wescoal's entire market cap was R440 million. So this is a big deal - it is nearly 50% of Wescoal's total share capital being added.

Usually a deal that dilutes earnings as much as this one will, is a bad thing.

But since the announcement, Wescoal's share price is up 20%. So why is this?
This deal secures a long term contract with Eskom – ensuring future profit Wescoal needed to do this BEE transaction to get a long term supply agreement in place with Eskom. When you put up a coal mine, one of your core concerns are a supply agreement. You don’t want to sit with a million tonnes of coal at the end of the month and no buyers for it. And in South Africa, the biggest buyer of coal by far is Eskom. But Eskom’s policy is that it will only purchase coal from BEE empowered companies with more than 50% black ownership. So, this deal was needed to push the black ownership portion of Wescoal past the 50% mark. And thanks to the deal Wescoal’s secured a five-year coal supply agreement with Eskom for 7.8 million tonnes of coal. This secures a big portion of Wescoal’s coal sales – and leaves some capacity to produce export coal as well.
Even after this deal, Wescoal still isn’t overpriced So, in the past year Wescoal increased profit after tax by 78.8% to R51.8 million compared to R29 million in the previous year. Earnings per share also hit 27.1cps - putting the share on a low PE of 6. Following the new share issue – earnings per share drops to 14.16cps. And that makes Wescoal look expensive at 219c, with a PE of 15.43. But that doesn’t sketch the entire picture… You see, Wescoal only produced coal from its new mine at a steady state in the last six months of its financial year. During this time the company made around 22cps in earnings. Taking that figure into account, rolling it forward a year and accounting for the new shares issued I expect Wescoal could still bring in earnings of 28.8cps. At its current share price that puts the company on a PE of 7.6. And that’s still VERY cheap.

There’s opportunity for a lot more upside from here… What’s more, following this BEE deal Wescoal will sit with more than R168 million in spare cash. And that’s excluding the company raising any more debt for acquisitions. Now I know that there are adjacent areas to its existing mines which it can acquire. Looking at the listed sector there’s Petmin which is profitable – but perhaps a bit on the large side (but I cannot say I wouldn’t like to see a merger between the two companies). And there’s Keaton Energy, with annual turnover of R1 billion and a market cap of R145 million. There are definitely also some unlisted investments the company can look at, or new developments. The fact is, with the cash at its disposal, and perhaps some more debt it can do a heck of a lot for expansion! Here’s to unleashing real value

Why I'm bullish on the Wescoal share price
Rate this article
Note: 3.25 of 2 votes