Why I'm investing my cash Down Under… 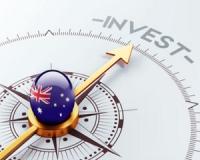 It may come as a surprise to many South Africans, but Australia has one of the strongest economies on the planet.

It's the 12th largest economy in the world with an unemployment rate below 5%. It also has one of the highest median incomes. But perhaps the most notable thing about the Australian economy is its stability.

Australia holds the record for the longest uninterrupted period of growth of any country in modern history.

It has not had a technical recession (which is 2 consecutive quarters of negative growth) in 30 years.

That is an incredibly long period.

It means that the East Asian Crisis of the late 1990s, the Dot Com Bust of the early 2000s, and the Great Recession of 2008 were not enough to derail Australia's growth.

The only major setback thus far has been Covid which caused a sharp contraction in early 2020. However, the economy fell less, and rebounded quicker, than the rest of the world.
You can find the full Article here:
Tags: viv govender,

Why I'm investing my cash Down Under…
Rate this article
Note: 4.25 of 2 votes