Why on earth would a company buy back its own shares? 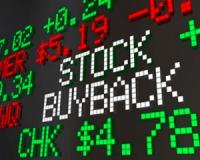 Right now, there are scores of companies doing share buy backs of their own shares.

Think of Argent, Onelogix, Bowler Metcalf, Insimbi, Mpact and Trellidor… And these are just a handful of penny stocks. There are many more on the JSE actively buying shares in themselves.

So why would a company do this, and is it good or bad?
________________________________________
No ordinary stock recommendation…
We do go on about the state of the economy and financial markets.
But as an investment publisher, our bread and butter is investment recommendations.
When it comes to ‘stock tipping’, you need to be prepared to lose money if you’re wrong. No matter how much research you do.
Every now and then, though, a stock recommendation comes across my publishing desk for signoff that REALLY gets my attention.
This is just such an occasion.
________________________________________
What exactly are share buybacks?
Share buybacks or repurchases refer to the buying of shares in a company by itself.
A buyback occurs when the issuing company pays shareholders the market value per share and re-absorbs that portion of its ownership that was previously distributed among public and private investors.
With share buybacks, the company can purchase the stock on the open market or from its shareholders directly.
For instance, a large shareholder (recently in Grindrod’s case a BEE shareholder) requires cash quickly and can’t wait to sell a large shareholding in the open market, then the company steps in and buys the shares it owns from the shareholder at the market price, or even a discount to the market price.
Other times, a company sits with large cash surpluses, and instead of distributing it as dividends that are taxable, it buys back shares in itself.
In recent years, share buybacks have overtaken dividends as a preferred way to return cash to shareholders. Though smaller companies may choose to exercise buybacks, blue-chip companies are much more likely to do so because of the cost involved.
Are share buybacks good or bad for investors?
Share buybacks can be good or bad – depending on how (and when) they are done.
• First ask yourself – could this company make better use of this cash by investing in expansion opportunities?
• Could a dividend perhaps be more welcome – as it actually puts cash back in my pocket?
• Is the price the company is doing the buybacks at worth it?
• Is the company cash flush, without an immediate use for the surplus – or is it indebted?
So here are some examples:
Example 1 – Argent Industrial does huge buybacks because of a big share price discount
In June 2020 Argent’s share price was as low as 408c. At the same time the company’s NAV, an indication of the actual value per share, was R16.74. That means it was selling at a whopping discount of 75% to its true value. Its earnings per share for that period was 130c – putting it on a PE of only 3.1.
Then the company started buying back its own shares.
Between 4 and 30 September 2020 it bought back 1.815 million shares with around R10 million cash. Then between 6 and 13 November it bought back a further 548,000 shares with R3.1 million cash. Between 16 November and 3 December 2020, it bought back a further 1.52 million shares with R9.7 million in cash.
That’s around 3.88 million shares, with R22.8 million.
Say the company had 64.56 million shares in issue – worth R16.74 each. That’s a total value of R1.08 billion. Now it uses R22.8 million and buys back 3.88 million shares.
Suddenly it only has 60.68 million shares in issue. If all else remains equal – its net asset value per share should increase to R17.42 per share. Just because of these buybacks.
All through these buybacks Argent continued with an acquisition strategy – and bought a business in the UK. It also remained largely debt free and cash flush.
Today its share price is more than 100% higher at 850c – and these share buybacks definitely had an effect.
________________________________________
Why your humble cell phone could start making you R35,378 in profits...
When you get your first SMS from me...
You'll be well on your way to profits of R35,378.
Find out here now
________________________________________
Example 2 – Murray and Roberts buy back R250 million when it should not have been bullish
On 30 June 2017 Murray and Roberts announced it would buy back R250 million worth of its own shares. The company cited positive growth in the coming period as reason for it to be bullish on its own shares.
Its shares traded at R13.78 on the day.
On 23 August 2017 the company announced that revenue from continuing operations decreased by 15%. It also paid a dividend.
By March 2018 the company announced that it had bought back nearly R40 million worth of shares at an average of R15.36 a share, but that dissenting shareholders voted against further share buybacks – as its share price had crashed to around 940c on the back of closing its middle east operations that were loss making…
From these two examples you can clearly see – share buybacks can be either good or bad for a company – and its shareholders.
As a rule – when a company is still expanding and growing organically and it has free cash lying around, then a share buyback is good. But when operations are struggling, or it has a lot of debt on hand, share buybacks can be very risky.
It is also important that a share buyback be done at a discount to the underlying value of the company’s assets – in order to add value.
Here’s to unleashing real value
Francois Joubert
Editor, Red Hot Penny Shares
Tags: francois joubert, investing, shares. share buybacks,

Why on earth would a company buy back its own shares?
Rate this article
Note: 4.57 of 7 votes