Why STOs will change how we invest in the future 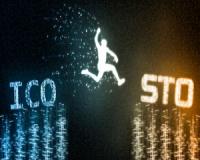 In short, DeFi would allow you to create an entire financial system without banks or central authorities.

And, because this would make things cheaper and more efficient, DeFI could overtake every area of traditional finance.

One avenue of DeFi, is something called Security Token Offerings (STOs). And it's these STOs that could fundamentally change the trillion dollar financial asset market.

Today I'm going to explain how…
________________________________________
This has to be one of the best investments right now!
• NO Tax on interest earned
• NO Tax on dividends
• NO Tax on income
• NO Capital Gains Tax
Learn more here…
________________________________________
What are STOs and how do they work?
STOs are the mechanism by which real world assets are turned into crypto assets.
For example, if a company wanted to raise money by allowing people to buy shares in it, instead of a traditional Initial Public Offering (IPO), it could have an STO.
The shares would be represented by tokens on the blockchain, and each token would have all the legal rights of a normal share. They could even be programmed to pay-out dividends.
If you owned that token, you would legally own a share in that business.
Sounds similar to traditional finance, right?
Well, wait there’s more…
Once an asset is tokenised, it can be traded like any other crypto.
So, just like cryptocurrency, it can be traded by anyone to anyone, at any time, over any distance – instantly and at virtually zero cost.
Not only that, but it can be stored just like any other crypto as well. So, there is no need for brokerages to store it. You can store it on your computer, on your phone, on a usb-stick, or even on the cloud.
STOs can be used for more than just shares
Security tokens have another massive advantage over traditional financial instruments…they are programmable.
This means, they can represent any kind of financial instrument or asset you can think of.
Take bonds for example, which are another type of security based on debt.
Say a company wanted to borrow money for an expansion. But it didn’t want to give away any equity to do so.
Traditionally, it would issue corporate bonds. Basically IOUs that promise a set amount of interest over a set amount of time.
In 2019, over $2.4 trillion of these bonds were issued. $2.4 trillion in one year alone!
That is a crazy amount of debt. But it’s also making certain parties – the middlemen, crazy amounts of money.
To create a corporate bond, you need to go through layers of brokers, asset managers and investment banks… with each taking a cut at every level.
If these bonds were instead issued as security tokens, there would be no need for these intermediaries. And it would save a lot of money for companies and investors alike.
A company could have an STO and let individuals invest in its bonds directly.
These bonds could then be programmed to pay out a set amount of interest at set intervals, and then pay out the principal on the day they expire.
The only middlemen needed would be some lawyers to make sure the STO was all legal and above board. After that, the blockchain would take care of the rest.
________________________________________
Make Double Your Money without Knowing a Thing
about Trading
If you can follow simple instructions, then I’ll show you how to consistently make money no matter what the markets are doing.
You won’t have to do research. And you won’t need to worry about support lines or resistance points… Unless you really want to.
All you have to do is relax and watch your money grow.
Click on the link to learn more about my incredibly simple plug and play investment strategy.
________________________________________
Which cryptos are STOs choosing for their offerings?
STOs are just one of the reasons why platform cryptos – as opposed to pure cryptocurrencies like Bitcoin – are destined for greatness.
And by “platform” cryptos, I mean ones that can use smart contracts.
By being able to use smart contracts, it means other things can be created on top of them – like security tokens.
So, which platform cryptos are the STOs building on? According to crypto website BlockState.
• 94% of STOs are using Ethereum
• 1% are built on NEO.
• 1% are built on Stellar.
• 4% are built on “other”.
it’s clear that the main leader in STOs is Ethereum. Just as it is the main leader in ICOs.
In fact, 89 of the top 100 tokens (not security tokens) by market cap are built on Ethereum. (You can see them all here on coinmarketcap).
So, it’s no wonder the vast majority of STOs would also be built on top of Ethereum.
Which means, if you want to cash in on the STO craze, Ethereum (and to a lesser extent, Tezos) is the way to go.
By owning Ethereum, you’re owning the network these STOs are being built on.
See you next week.

Why STOs will change how we invest in the future
Rate this article
Note: 3.69 of 13 votes