Why the rising petrol price is here to stay 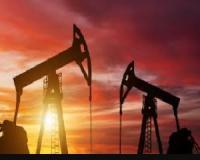 If you had dropped R5,000 into each of them, you’d be sitting on 174% in pure gains right now.
So it’s easy to see why my proven system is exactly why a man named Steve stayed with me past the trial period. His total gain was more than R12,500 in one month from a single recommendation.
And it’s why a gentleman named Tom told me:
"According to my calculations, I've just made 174% over the last two months. Thank you and keep up the good work!"
Then, I got an email from Sharon V who said:
“I made a 21% return and R3,000 in a few days. Thank you!”
If you’d like to test my system for 90 days risk-free, go here now.
----------------------------------------------------------------------------------------
The oil price is likely to continue rising
JPMorgan says oil prices will continue to rise. The bank expects oil to hit $150 a barrel by 2023 as OPEC controls the price of the commodity.
With demand for oil likely to remain steady, supply will remain the key driver behind oil prices for years to come. And with OPEC+ "being firmly in the driver's seat for oil prices,"
JPMorgan thinks Brent will hit $120/bl in 2022, and could even overshoot to $150/bl in 2023, representing potential upside of as much as 100% from current levels.
"We believe OPEC+ will defend the oil price with paced volume growth to keep inventories low, markets in balance and reservoirs well managed," JPMorgan explained.
Why OPEC has all the pricing power right now
The popularity of oil as fuel source is at an all time low as renewable energy mania takes hold in the US and Europe.
This has led to the fact that US oil rigs are at about HALF the count they were at in 2019.
At the same time – the US is seeing cancellation of major oil and gas pipelines that would’ve helped its own industry expand. Without these pipelines it will be more dependent on imports going forward.
On the campaign trail, US president Biden vowed to block new oil and gas permitting on public lands and waters. And more than 50 groups insisted in a June 2021 letter that the president should expand his campaign commitment to “not only end the federal leasing programs, but to wind down existing federal oil and gas production.” Activists blasted the administration’s decision to conduct the Gulf of Mexico lease sale, which was rescheduled in the face of a potential contempt of court citation.
At the same time – the amount of spending on exploration in the oil and gas sector is crashing.
Exploration spending as % of total investments
Here you can see from the chart supplied by the International Energy Agency – the share of exploration spending in the oil and gas sector is dropping.
Added to this the US is mulling over increased royalties on oil and gas extraction and there’s a lot of pressure on the oil price.
Sure – it’s likely oil will be phased out as a fuel source in the next decade or two. But the fact is we still need the stuff. And for the time being the demand is growing – but the supply isn’t.
How investors should view this?
In South Africa the biggest driver behind our inflation outlook has always been the fuel price.
We import all the oil we need. We don’t have a functional rail sector – so road transport is used for nearly everything. So, all goods prices are sensitive to transport costs.
High inflation equals higher interest rates.
That means a couple of things…
I’d be cautious about residential property in the coming three years. If interest rates are hiked, buyers that bought property whilst interest rates were low are going to be in trouble.
At the same time – this will put more pressure on retailers.
I suspect retailers will do ok. But there will be higher margin pressure on food producers like Tiger Brands, Libstar, as well as the poultry producers who need to deal with high input costs.
This’ll definitely be a boon for Sasol – if government doesn’t kill it with carbon taxes. And, if the oil price does rise to $150 as JPMorgan predicts – you have to ask yourself if the incentive to switch over to oil alternatives won’t grow even bigger, even faster…
----------------------------------------------------------------------------------------
Tags: oil price, fuel price, francois joubert, opec

Why the rising petrol price is here to stay
Rate this article
Note: 4.5 of 5 votes