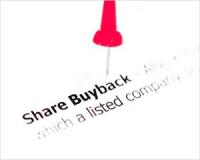 There are 275 dividend paying shares in the JSE today. They average a dividend pay-out of 3.88%.

While a 3.88% dividend is surely better than nothing - this doesn't even cover the interest you'd have received on your cash with a fixed deposit.

And, once that money is paid out by a company the money is lost to it forever.

But what if I told you there's a better option - a company that doesn't pay dividends - but it returns cash in a way to shareholders so keep on benefiting long after!

Let me explain…
________________________________________
'Why I think these gold shares could make 2019 the most profitable year of your life...'
Why these gold stocks could make 2019 the most profitable year of your life
Get clued up right now and you could bank profit after profit after profit!
Gold Play # 1
Gold’s $100 dollar rally could make you a 94.4% return this year!
Gold Play # 2
This SA Producer’s Gold Windfall is about to Pay Off Big Time – Get in Now!
Gold Play # 3
How to make bags full of money as miners scramble for new reserves
Gold Play # 4
The key to unlocking a 50% increase in share price for this company lies on page 9 of its most recent results!
Here’s the full story…
________________________________________
Share buybacks are the new dividends
Shareholders invest in publicly traded companies for capital appreciation and income. There are two main ways in which a company returns profits to its shareholders – cash dividends and share buybacks.
Companies these days are loathe to increase dividends – because if a dividend cannot be sustained investors punish companies.
But share buybacks is another way to provide investors with returns – without creating expectations of recurring buybacks.
According to the Financial Times, US companies spent $223 billion on share buybacks in the fourth quarter of 2018 alone.
So clearly share buybacks are a popular option these days.
In fact, because of these reasons I’m about to share with you, share buybacks are a more attractive option than dividends on the JSE right now.
Why share buybacks are more attractive than dividends
• Dividends attract tax immediately – When you receive a dividend 20% tax is levied on it – meaning you lose a significant portion of your return immediately. There aren’t really ways for you to lower the amount of tax you pay on these dividends. On the flipside – if a company does a share buyback and its share price rises as a result there is no tax payable by you – until you sell your shares. And even then – you pay capital gains tax at a maximum of 18% and you get an annual exclusion on the first R40,000 capital gains you make each year.
• Once a dividend is paid the money is gone – Once a company pays a dividend the cash is gone and won’t have any effect on the company or its share’s future performance. Share buybacks differ from this… You see, if a company buys back shares its total shares in issue shrinks and thereby its earnings per share increases – even if profits remain flat in the future.
• Share buybacks actually HELP when a share is undervalued – When a share is undervalued a dividend often doesn’t make a difference. But share buybacks can actually push the price of a share upward if the company does it when the share is under-priced!

________________________________________
“If you want to make a killing from cryptocurrencies – read this book as FAST as you bloody can!”
I’d like to rush you a copy of my book, Crypto Revolution, right away.
Inside you will find everything you need to understand this financial revolution…
And take maximum – potentially life-changing – advantage of it.
Including the name of the coin I am calling “The Bitcoin Killer”…
A cryptocurrency that could ultimately climb 20,000% from where it sits today.
CLAIM YOUR BOOK IMMEDIATELY
________________________________________
This penny share just did a massive share repurchase – and its already pushing up its price
Argent Industrial spent much of the past three years on restructuring its business. It’s gotten rid of subsidiaries that weren’t contributing and it’s bought businesses (offshore) that are adding value.
Because of some of the transactions the company’s done it is cash flush – and its shares are really cheap.
So, it is in the process of buying back shares on the market.
The company bought around 1.15 million shares at around R5.20 over the past four months.
This follows on the company repurchasing another 4.82 million shares earlier the year.
What’s more – the company is authorised to buy backing a further 11.45 million shares.
By doing that the company would effectively increase its earnings per share by as much as 15% - even if there’s no profit growth on an absolute basis.
But if profits organically grow by around 5-10%, the share repurchases could see per share profits rise by 20, 30 or even 40%.
Argent currently trades on a PE ratio of only 5.4, with the company’s net asset value (NAV - an indication of the value of all its assets, minus all its debt) sitting at R13.05. That means the share sells at 60% less than the value of its assets…
So every share it buys back means the value of shares continue to increase – and investors will have to take notice!
Here’s to unleashing real value,

Why these shares that DON'T pay dividends just could be the best investments right now
Rate this article
Note: 4.33 of 6 votes