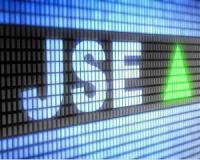 In the same way I foresee great ‘Black Friday' specials on the JSE this year.

What am I talking about?

Well, since 2018 there have been around 35 companies delisted from the JSE. Around 10% of all the small cap shares on the JSE are trading under cautionary with the prospects of being bought out by larger companies…

But here's the best part - while usually you'd expect a buying frenzy to send share prices through the roof, they are still selling at incredibly cheap levels. Local investors have simply been too scared to jump in on these deals…
________________________________________
‘The Great JSE Takeover’
If you’d bought stock just before these companies were taken over... I'm talking about Absa, SA breweries, and more recently Clover and Pioneer Foods they 'would likely [ have been] some of the best investments, you could have made says analyst Francois Joubert.
Now, a similar opportunity is building. But this unfolding story is a lot BIGGER
This time around, a certain set of ‘spin off’ companies
could be about to break up the JSE.
________________________________________
JSE listed stocks are selling at 57% discount!
According to Rob Bergman, the Corporate Finance Principal at Bravura, a Mauritius based investment banking firm the discounts on JSE listed shares are unprecedented.
JSE listed large caps are trading 44% lower than their London based counterparts.
JSE listed small caps are even cheaper – they trade at around 57% discounts to their London based counterparts.
Because of these massive discounts there exists a great opportunity…
You see, just to stay listed costs these companies R5 million in listing fees. Not to mention the added compliance costs.
It is no wonder that small cap companies have begun exploring opportunities beyond the JSE. Those that have taken the plunge include industrial player Torre Industries; direct seller, Verimark; and more recently financial services company, Efficient Group.
These companies have been delisted with their management teams and outside funds buying them out.
The rationale being that just the savings from delisting could make them a fortune!
Savvy investors are standing in line to buy more specials on the JSE
As I’ve already mentioned, as much as 10% of all the listed small cap shares on the JSE could imminently be delisted as they are takeover targets.
Just recently we saw Clover being bought out.
In September 2018 Clover shares traded at a low of R13.50, as investors punished the company for slow growth amidst an economic slowdown in South Africa.
But on 19 October 2018 a consortium of companies, led by an Israeli company announced that it was interested in acquiring Clover.
Within days the share price hit R17.
By February 2019 more details on the deal was made public and Clover shares again soared past the R20 level as the offer price was set at R25 a share.
Fears of the deal falling apart let the clover share price drop back below R20 in May 2019. But regulatory approvals was eventually granted and Clover was delisted from the JSE at R25 in October 2019.
Right now there are more companies like this…
Think Pioneer Food Group, Metrofile, Rolfes, SA Corporate Real Estate, Safari Properties, and the list goes on.
Discounts on JSE small caps are simply too good to ignore
Just consider this – a company that is headquartered in Europe can borrow money at say 3.5% interest per year.
They pay R450 million for a small cap company (such as Rolfes) in SA – leading to annual interest costs of around R16 million.
Just by being de-listed the company saves between R5 and R10 million.
But here’s the kicker the company pays dividends as well, and a R450 million small cap like Rolfes for instance paid R13 million in dividends last year.
That means the foreign company can buy a target JSE small cap with 100% debt and pay it off without using a sent of its own cash!
Right now there are 201 shares on the JSE that pay dividend yields of more than 3.5%, in fact there are more than 150 shares that have dividend yields greater than 5%.
If you dig deeper – there are 33 companies with earnings yields larger than 20%. That means these 33 companies make 20% of their market value in cash per year!
________________________________________
The man who bought bitcoin for just $12 says it's now time to BUY
“The COIN KING that could turn R500 into R110K!”
Anyone with a tiny stake to spare could reap thousands – even tens of thousands of rands – from this erupting financial market.
In my book I reveal the name of the crypto I believe could eclipse bitcoin and turn a R2,000 stake into as much as R400K.
That’s it. For a limited time, R100 is all it costs to get your guide to the biggest wealth creation event in history…
"The Bottomless Goldmine"
________________________________________
One of my favourite takeover target stocks right now
Santova is a logistics company – that doesn’t own trucks or ships.
It manages imports and exports, does freight forwarding and procurement for companies around the world through twenty offices in at least eight countries.
The company has increased revenue every year since 2013 – growing from R165 million to R342 million annually. It has also grown its dividend from 2.5cps in 2013 to 7.5cps in 2019.
It expects interim earnings of around 18cps – which annualised will give the company around 36cps earnings.
It’s share price is currently at 170c. That means the share trades on a PE of 4.45.
For context, the JSE All Share is on a PE of 16.10 and competitors like Imperial (PE: 12.91), Supergroup (PE: 7.9) and Value Logistics (PE: 7.23) are all trading at premiums to Santova – even though these companies have much more volatile earnings records.
On a net asset value (NAV) per share basis Santova is worth 311c – so here again its share price is at a discount of around 45% to what it should be.
Simply put – at a price this cheap it is a matter of time till a larger competitor makes an acquisition offer for the company. At the very least I’d expect an offer to be made at NAV. But it could be higher – and that means there’s ample upside in the share. In the meantime you’ll be rewarded with dividends for holding on.
In short – the JSE is by no means dead, and there’s a lot going for the SA economy – government just needs to act so that it can return confidence to consumers and local investors. But it doesn’t matter really – if companies become acquisition targets you can make cash without any real change in our economy!
Here’s to unleashing real value,
Francois Joubert,
Editor, Red Hot Penny Shares
P.S: A certain set of ‘spin off’ companies could be about to break up the JSE - Here's how you can profit!
Tags: francois joubert, jse, black friday, discounted shares, shares,

Why you need to make sure you get in on these JSE ‘Black Friday Specials'
Rate this article
Note: 3.29 of 7 votes