Why you should invest in these two stocks in 2019 if you want to double your income! 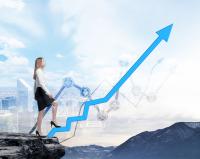 But if you had re-invested dividends, the return would be over 700%

Just think about that for a second…

That's an extra 300% growth thanks to simply reinvesting the dividends.

Another reason why dividends are so powerful - is because if there's trouble in the market, capital growth on shares is slim. So to offset this, you simply make sure the companies you're invested in, are capable of generating consistent income, which can turn a negative performance into a positive.

Claim your free “Secret Penny Stock Blueprint” Now!
________________________________________
Two quality dividend paying stocks on the market right now
For instance, diversified retailer Nu-World Holdings sits on a dividend yield of 7.36%. The company will pay a dividend of R2.62 in February. That means, a R10,000 investment would net you over R580 in dividends.
Then, Quantum Foods sits on dividend yield of 8%. In 2018, the company paid a 26c net dividend AND a special dividend of 17c. A R10,000 investment at the beginning of 2018 would’ve netted you over R1,200 in dividend alone.
So these stocks give you more than double the income you could get from the average JSE stock. And that’s not including any capital growth.
The key is picking out stocks that are trading at fair prices (so you're not in danger of a pullback), owning companies that can grow their pay-outs over time, and of course choosing stocks that give you plenty of income every year.
If you would like to know more about how to generate income consistently with dividend-paying stocks and other income secrets, then you should check out The Little Book of Big Income.
See you next week,

Joshua Benton,
Editor, Real Wealth
P.S. In the January issue of Real Wealth, I just revealed The #1 SA property stock to own in 2019  – A company paying double the income of the JSE and why you should consider buying it now if you want to potentially double your investment within 24 months.
Tags: joshua benton, jse all share, reinvesting, dividends, nu-world holdings, quantum foods,

Why you should invest in these two stocks in 2019 if you want to double your income!
Rate this article
Note: 3.34 of 32 votes