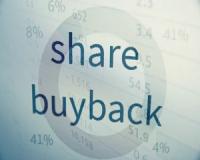 2020 has barely begun yet we're already set to be flooded by hundreds of companies set to report financial results between February and March.

Results releases are even more important for small-cap and penny stocks.

That's because these companies don't have as much interest from institutional analysts - so results announcements are the main way for news about these companies' potential to reach newspaper headlines, and investors.

When you receive a dividend 20% tax is levied on it – meaning you lose a significant portion of your return immediately.
There aren’t really ways for you to lower the amount of tax you pay on these dividends.

On the flipside – if a company does a share buyback and its share price rises as a result thereof there is no tax payable by you – until you sell your shares.

And even then – you pay capital gains tax at a maximum of 18% and you get an annual exclusion on the first R40,000 capital gains you make each year.
• Once a dividend is paid the money is gone –

Once a company pays a dividend the cash is gone and won’t have any effect on the company or its share’s future performance.

Share buybacks differ from this… You see, if a company buys back shares its total shares in issue shrinks and thereby its earnings per share increases – even if profits remain flat in the future.
• Share buybacks actually HELP when a share is undervalued –

When a share is undervalued a dividend often doesn’t make a difference. But share buybacks can actually push the price of a share upward if the company does it when the share is under-priced.

The reason for this is because share buybacks increase earnings per share and could also increase net asset value.

So how does a share buyback work?
Company X has 10 million shares issued on the market at R5 a share. That means the company has a market value of R50 million. Let’s say the company’s net assets are worth R60 million – meaning its net asset value per share is R6.
It also makes R5 million a year in profit – for a 50cps earnings figure.
Now, it could pay say R3 million in dividends this year – and then that cash is gone.
Or it could use the R3 million to buy back shares.
So, the company would employ a trader at a brokerage house to physically buy its shares on the open market using this R3 million cash.
That would mean, if the company managed to buy back the shares at a R5 price – it bought back 600,000 shares.
After this the company has 9.4 million shares left on the market.
The company’s earnings per share has now changed from 50cps to 53.2cps. If the market was happy paying a PE of 10 for the share – it’s share price could easily rise from R5 to R5.32 – just on the back of this.
And here’s the kicker – the company’s net asset value per share also increases… So the company used R3 million in cash – to buy shares with a net asset value of R3.6 million. That means it’s R60 million net assets rises to R60.6 million – and the NAV per share figure also rises from R6 a share to R6.44 a share.
Now, let’s say the company’s profit in the next year rises to R6 million. It’s earnings per share will now be 63.8cps. If it hadn’t done the share buyback it’s earnings per share would’ve been 60cps.
Why I’m eyeing companies doing share buy backs right now
Small cap shares and penny stocks on the JSE are at their cheapest levels for years right now.
In fact, according to BusinessInsider.co.za “South Africa now has some of the cheapest shares in the world”.
BusinessLive.co.za also reported that SA’s “Small-cap sector is ‘among the cheapest equity in the world right now’”.
That means companies have high levels of profit with low share prices. In other words, by using surplus cash to buy back cheap shares these companies are getting bang for their buck.
For instance Argent Industrial, a company on my radar, trades at a share price of R5.60. But the company’s net asset value per share is R13. That means it trades at a discount of nearly 57%. Its March 2019 results showed a 104.4cps profit. That means the company could buy back nearly a fifth of its own shares with profits in a single year. That would have a huge effect on earnings per share in the coming year – as well as increasing its net asset value.
An important line in this company’s last results announcement said that: “No dividends were declared by the board of directors for the year ended 31 March 2019. Excess funds will be utilised for the share buy-back programme.”
And I believe the full effect of these share buybacks will become apparent in 2020…
Argent certainly isn’t the only company taking this route. There are many JSE companies that are selling at 30, 40 and 50% discounts to their real values, with large cash reserves contemplating the same thing…
Don’t miss them when you find them.
Here’s to unleashing real value,

Francois Joubert,
Editor, Red Hot Penny Shares
P.S: If you’re nearing retirement, you need to get your hands on a copy of The Little Book of Big Income Secrets right away. This income will help you live a TRUE financially free retirement.
Tags: francois joubert, share buybacks, investing, dividends,

Why you should keep an eye out for companies doing share buybacks
Rate this article
Note: 4.33 of 3 votes