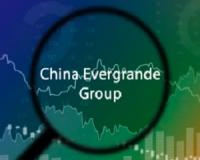 The company is $300 billion in debt. And it is struggling to pay interest when payments are becoming due.

But the thing is, China's real estate market is worth $55 trillion. It is bigger than the US stock market, and it is four times China's GDP.

Economists have warned of a real estate bubble in China for years - and the bankruptcy of Evergrande could be the event that pops the bubble!
________________________________________
The Five Best Small Cap Stocks in South Africa
"I'll Show You What to Buy, What to Sell, and Exactly HOW to Do It with Less than R10,000"
I'm here today for a very important reason.
There has never in the history of our stock market – been a better buying opportunity than what we're seeing right now.
In the next decade, we're going to see an extraordinary "transformation" in the economy that will affect how we live, work, and play.
• Those companies who become more automated, will be more profitable.
• Companies that adopt new technologies will lead markets
• And if we understand and play these trends, we will profit too.
If you have an extra R10,000... R50,000... R100,000...
Now is your chance to lock in the next generation of stocks that could make you money forever.
________________________________________
So, what’s going on in China’s real estate sector?
As you know – China’s got a huge population of over 1.3 billion people.
Historically most of its population has been in rural areas – but as the country grows and industrialises more and more, people move to urban areas.
That’s seen China build new cities to provide enough living space and space for industrial and commercial expansion.
It’s reached the point where the property sector is responsible for a third of China’s economic activity each year.
Urbanisation happened at such a pace, developers would build entire new city blocks – in anticipation of demand.
This created what is known as china’s ghost cities.
According to a recent report by Business Insider, China sits with around 65 million empty homes right now.
That means there’s enough houses empty to house the entire population of France.
Basically – developers build these houses, and sell them to investors and speculators. But they remain empty because there isn’t enough demand for new property.
Evergrande just hit a brick wall
Evergrande was formed in China in 1996 and expanded through massive borrowing. The company owns more than 1,300 projects in 280 cities in China. At the end of June 2021, the company was committed to building 1.4 million properties.
The company also invested in electric vehicles, media and internet businesses and a theme park.
It sits with around $310 billion in assets and $300 billion in debt.
In 2020 the company hit a liquidity crisis as it didn’t have cashflows to repay all of its debt.
Right now, the company basically has billions of dollars of debt to repay each quarter. Its $80 billion equity investments in other businesses and companies mean that cashflows aren’t sufficient to repay this debt.
One can just speculate, but my suspicion is that real estate sales slowing down because of the pandemic has also had a big negative effect on cashflows.
Nobody wants to lend the company more money, and the Chinese government wants to send a warning to other businesses – be more conservative with debt OR ELSE.
So, there’s been no talk of a government bailout yet.
This has sent bond yields and borrowing rates for property businesses in China soaring. And many other property firms are now also struggling to pay back debt.
According to Bloomberg, China’s central bank broke its silence on Oct. 15, saying risks to the financial system are “controllable” and that authorities are working to resolve the situation based on “market-oriented and rule-of-law principles.” Lenders have been asked to keep credit to the real estate sector “stable and orderly,” said People’s Bank of China official Zou Lan.
________________________________________
At last! The fast and easy way to profit from Trading
No tricky manuals to read. No countless hours watching videos to grasp complex strategies. We do all the hard and boring work for you.
All you need to do is watch your cell phone and get ready to make your next forex trading profit!
Click here to find out how.
________________________________________
A real estate crash will have wide reaching effects
An optimistic scenario here is that China will see a 2-4% drop in GDP growth. But this could even put China into a recession.
What’s more – there will most likely be a glut in demand for building materials in the two or three years to come.
That means less demand for structural steel, aluminium and concrete. Cement used in concrete is typically produced regionally, so it wouldn’t likely affect the rest of the world. But lower steel and aluminium demand means the commodity prices would fall, as well as demand for metallurgical coal used in steelmaking.
I would be wary of iron ore producers – as the iron ore price has been hovering at all time highs for some time and has now crashed.
My preference in the commodity sector is companies that produce the ‘metals of tomorrow’ being used in batteries and renewable energy generation. Copper, cobalt, lithium, zinc, nickel all fall into this category, and projects in this space are being scooped up by miners at a rapid pace.
Here’s to unleashing real value
Francois Joubert
Editor, Red Hot Penny Shares
Tags: francois joubert, investing, china, evergrande, commodity