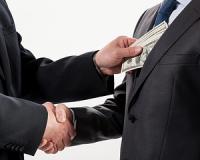 The results of the Competition Commission's investigation into the construction industry are shocking. Today, it emerged that so far 15 firms have agreed to fines amounting to R1.46 billion for participating in collusive behaviour with other companies. Let's see what the investigation unearthed…
Today, members of the Competition Commission confirmed that the body had “investigated 140 projects in both the private and public sectors over almost four years and has reached a settlement with 15 of 18 companies,” reports Bloomberg.


The projects investigated are thought to be “worth about R47 billion and took place during 2006 and 2010,” reports Mail & Guardian. And even included World Cup projects.

The agreed fines so far amounting to R1.46 billion are “a percentage of the annual turnover of each company and took into account the number of projects each company was involved in,” adds Mail & Guardian.

Not surprising perhaps is the revelation that this is the “biggest collective fine” given to companies in SA, head of the Commission, Shan Ramburuth stated, adds Bloomberg.

Only 15 have settled, following “18 companies where negotiations for settlements took place,” reports MoneyWeb.

These settlements involved a “fast-track process in which companies were promised leniency in exchange for their coming forward to divulge details on deals in which anti-competitive practices had taken place”.

Among the construction ‘big boys’ that were investigated and consequently fined is Murray & Roberts. “The country’s biggest construction company by market value was fined R309 million,” reports IOL. Aveng “the second-biggest builder, will pay R307 million”.

On one hand, this shows the might that the Competition Commission has behind it. But, bearing in mind that the Commission could only went back to 2006 to investigate, perhaps this is just a drop in the construction sector ocean.