The world's largest brewer gets the nod to merge with SABMiller 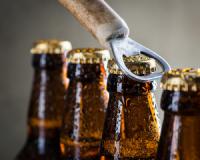 Anheuser-Busch InBev got conditional approval from the South African Competition Tribunal on Tuesday for its $100 billion acquisition of SABMIller (JSE:SAB) in South Africa.

The go-ahead didn't come without certain conditions though. The commission found that the deal raises several competition and public interest concerns and has moved to deal with these.

To ensure that South Africa doesn't buckle under the pressure of the merger, certain conditions have been put in place.

The Competition Tribunal is concerned about the impact of this merger on the unemployment rate, black economic empowerment and the economy. That’s why they have added the following conditions that need to be made in order for the deal to go through:
It’s encouraging to see that the Competition Tribunal has taken steps to curb an increase in unemployment in the South African economy. Income disparities and the fact that unemployment is at 25% is the main reason for the conditions imposed.

The R1 billion rand investment in the agriculture sector comes at an important time because it will improve the situation for farmers supplying the brewery business with the ingredients they need including barely, hops and maize. This investment also aims to focus on emerging black farmers in the country.

The company has agreed to fulfil all these terms which shows that they are serious about supporting the development of the country. If everything goes smoothly, the newly formed company will be the largest distributer of beer in the world, selling a third of the beer consumed and twixe as much beer as its closest competitor Heineken.
Tags: anheuser-busch inbev, samiller, south african competition tribunal, sab merger, acquisition of sabmiller, jse:sab, sab merger, sab merger economic impact, sab merger impact on sa, south african economy

The world's largest brewer gets the nod to merge with SABMiller
Rate this article
Note: 5 of 1 vote