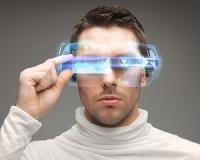 This weekend, Samsung booked out a large chunk of Sandton Square to put on a very innovative promotion based around their new Oculus VR gear. As you walked in, your eye was immediately drawn to a series of rollercoaster seats where people were screaming, throwing their hands in the air or ducking away from non-existent obstacles. Well, non-existent in our reality, of course.

Welcome to the world of Oculus VR. I had to try it.

So, after listening to a few mandatory sales pitches around wearable tech helping to find my lost phone, and avoiding kids wandering around with futuristic headsets grasping at the air for things that didn't exist, I got to test drive this wonder of modern technology, by riding the Six Flags rollercoaster right here in Joburg…

Now I'm not going to go through the sensational (and slightly queasy) feeling my first VR experience left me with... To quote Matrix character Morpheus, “Unfortunately, no one can be told what the Matrix [read Virtual reality] is. You have to see it for yourself.”

Instead I'm going share with you one of the ideas which stemmed from the, now unshakeable, conviction I have in today's modern gaming world to surprise and delight. We hold today's company in offshore portfolios on behalf of clients and it's one I believe you should investigate further. Here's why…


In a world where the gaming community continues to grow each year, the scope for growth in the “electronic arts” is massive. And, this is just one of the reasons why we have our eye on the company Electronic Arts Inc (EA).

It’s a gaming software content creation services provider that develops, markets, publishes and distributes game software content across various video game machines and electronic devices. If you’ve ever ventured near the world of PC or console gaming, you’ll instantly recognise some of their titles.

Their brands include: Battlefield, Mass Effect, Need for Speed, Dragon Age, The Sims, Bejewelled and Plants v. Zombies, as well as a few brands based on licensed intellectual property: FIFA, Madden NFL and Star Wars.


8 Reasons why you should want to buy Electronic Arts Inc.


Reason #1: High entry barriers: It takes a long, long time to build a video game. In fact, it often requires decades of experience and coding (especially if you consider the size of modern code libraries). In addition, owning a licence to create games using established non-gaming brands, requires a great deal of proven talent which newcomers might struggle to demonstrate.

EA does outsource about 50% of its Intellectual Property (IP) on technologies where they have minimum capacity, but their core IP is all internally generated. EA has been in the content creation game for 30 years and as such it is far easier for them to leverage on existing IP than newer upstart companies.

Reason #2: Strong brand and product development with unmatched authenticity. EA’s core competency is creating a gaming experience so unrivalled that customers inevitably keep coming back for more. For example, the NFL game is the best-selling in its genre in the US, while FIFA 16 is the number one selling game across all genres.

Star Wars: Galaxy of Heroes quickly built a strong player base after it launched in November, reaching the top 5 most-downloaded iOS games in more than 130 countries. On PC, Star Wars: The Old Republic has grown to the highest subscriber level in nearly three years, driven by the latest digital expansion.

EA SPORTS portfolio, with monthly active players has grown more than 10% year-over-year. Continued favorable demographics and a growing global gaming audience across different age groups (5 to 35 years) has been key to the brand reaching a critical mass.

Reason #3: Growth in mobile games and player engagement is thriving. Continuing the mobile momentum is a key earnings driver for EA. Madden NFL Mobile is a cultural hit that topped the US App Store charts over December. Player engagement is thriving, with the number of monthly active players up nearly 50% and live events driving 2.5x more games played over the previous year.


Mobile device games are designed differently, with the adoption of short session games that can be played whilst waiting for a bus, at a doctor, etc. relative to a console game that requires longer sessions to complete.

Management is very excited about the mobile space, and believe this segment of the market offers the greatest opportunity for profits.

Reason #4: Multiple revenue streams within the digital segment, these include:
Reason #5: Continued cost-control in marketing, record net cash generated in 2015 of $889 Million, and a completion of a $1 billion share buy-back on the cards. Over the years, EA has acquired a lot of information about their players, which they leverage their marketing efforts for individual-based marketing. This has enabled them to cut operating costs by 30%. EA is planning to use its increased free cash flow to buy back shares.

Reason #6: The gaming space is fairly resilient as sales have not been impacted by global economic headwinds in the last 4 years. Amazon is one of the company’s retail partners that offers 20% discount to customers on console gaming products which EA does not fund. We believe the upcoming June holiday will be a strong catalyst to sales grown across the western world.

Reason #7: Great management. The company CEO, Andrew Wilson, has held several positions within the company since joining in 2000. Under Wilson, EA has asked customers for feedback on games before they are released, including large-scale tests to make sure online multiplayer games can bear the stress of heavy traffic. In the last 20 years the company has completed 33 deals which has fostered the global growth of EA.

Reason #8: Increasing institutional investor interest. Fresh off a two-year stock rally and a win with its Star Wars: Battlefront title, Electronic Arts Inc. is attracting sizeable buy-in from institutional investors who expect the company to keep doing well. Even as that rally started to fizzle in the fourth quarter of 2015, roughly 154 pension funds, hedge funds and mutual funds became new shareholders of the company – a net of 87 new institutional purchasers.


Analysts, too, are optimistic about the stock, with 18 of 21 tracked by Thomson Reuters, recommending investors buy shares. The consensus on the street is anticipating that the firm will post earnings of $0.3 per share for the quarter. Compared to the same quarter in the previous year, the company reported EPS of $0.27. More recently, the firm posted quarterly EPS of $1.73 against the consensus estimate of $1.7.


Reward does not come without risks


The three key risks for the company are:

Management guidance for 4th quarter 2015 has been conservative, to reflect their recent acquisition of the Dragon Age title.

Though the share price might feel short term pressures, we believe this is a great opportunity for entry at the current levels, as we believe the sales numbers will improve significantly in the 3rd quarter of 2016 after the June holiday period.

This is a Nasdaq listed company, so if you’d like to discuss how to trade this through your local broker please feel free to contact me here.