How to create an offshore nest egg in three easy steps 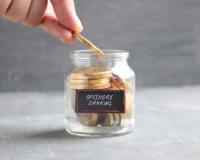 Over the last year, the one question I have been asked more than any other is…

“How do I invest offshore?”

Today, I'm going to answer that question and show you how to invest offshore in three easy steps…
The Bitcoin Lie: Discover what could really happen to cryptos in the next 12 months and beyond… Click here now to claim your FREE copy.
Step #1: Determine how much you want to move offshore
Did you know that you can move R1 million per a calendar year with almost no exceptional paperwork?
A further R10 million can be taken out with just a tax clearance. So, a married couple can transfer up to R22 million per calendar year. A sufficient amount for all, but the wealthiest.
If you need to move more than R11 million per person, then you will require approval from the Reserve Bank. This can be extremely complicated and often requires the services of a specialist lawyer.
The good news is, it’s certainly possible to do this, but it will take around two months.
For example…
We recently completed a transfer of a local estate worth R180 million. Of course, the client benefited from the exceptionally low rate.
Rates are important when taking your money offshore.
While the majority of clients take exactly R1 million per year, every year (and we make sure we drop their costs at exactly this inflection point), you must be very aware of how fees are charged.
Personally, I strongly recommend using a treasury service rather than a bank to do your transfer.
Pro Tip: Banks charge commission as well as spread.
What does this mean?
To test if you are being overcharged, don’t just ask what the fees are. Many institutions, including the big banks, have hidden fees that they don’t disclose.
So you must compare the rate you can sell dollars to the rate you can buy them. The gap should not be more than 20 cents.
For example: R13.00/$ - R 13.20/$. Remember, offshore transfers are not like trading forex. A spread of less than 15c in a cross-border transaction is very good!
Step #2: Decide the right time to move your money offshore
Don’t take your money offshore whenever the rand weakens suddenly.
History has shown us that bad news often causes the currency to overreact.
Patience yields far better results than panic. It’s best to wait a few weeks after a blowout to determine its long lasting effects.
That said, over time, the rand has tended to weaken at over 6% a year on average versus the US dollar. So, it’s best to invest some of your R1 million allowance each calendar year, just for the diversification.
Pro Tip: I have found technical analysis to be far more useful for timing currency markets than fundamentals. Resistance and support lines are good indicators to look at.
But remember, our currency is subject to violent swings and has been especially sensitive to local political events. December 31st calendar year end is not far away. And before that is the ANC elective conference, which could cause the rand to weaken.
Don't Miss out: You're running out of time for this last chance offer...
Step #3: You need to know what to do with it when it’s offshore
Just as you would not park large amounts of money into a South African bank account, you should not simply move your funds to an offshore bank account and let it sit there.
Especially with lower developed market interest rates. You need to invest it. Luckily it’s often easier and cheaper to invest offshore than it is locally.
Secondly, never invest directly with an offshore institution that does not have some sort of South African presence. It’s not just a question of Situs and estate planning but we have all received emails from Nigerian Princes and UK Lotteries,. You must be aware of the unscrupulous online international community, who are more than happy to take your hard earned cash and disappear.
Pro Tip: When choosing where to invest you money, always look at the type of protection
foreign investors have in that jurisdiction. Foreign governments have sometimes looked at foreign investors as an easy source of funds when times get tough. A recent example is Cyprus in 2013, where the government grabbed a percentage of large foreign deposits to help pay off debt.
Conclusion
I have obviously only scratched the surface of offshore investment, but I believe that these are the basic three steps you need to consider when starting. If you are thinking of moving some funds offshore and need a little assistance, please contact me on support@randswiss.com. I’m happy to take you through the process myself.
Until next time,
Viv Govender, Wealth Manager
Tags: viv govender, offshore, investing

How to create an offshore nest egg in three easy steps
Rate this article
Note: 3.33 of 3 votes