In the Mail Bag - Ukraine VS Russia 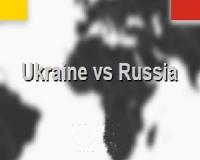 In our QA mailbox this past week...

Q. “Timon I read the Monday article about why you expect gold to rally with the whole Russia and Ukraine invasion going on. I found it fascinating and would love to know more. I'm not sure if this is the right platform, but I don't know where else to ask. I believe this is going to be ongoing and that you're going to write a lot more on the current situation. My question is… Could you give us a bit of background on why Putin wants Ukraine back in Russia's arms and what you'll be buying and selling?”
A.. Indeed, I’ll be writing more about this in Trading Tips, so it’s best for my members to be informed about the situation.
I’m going to give you a brief history…
In 1991 Ukraine gained independence from Russia when the Soviet Union fell.
For the last couple of decades, Putin (Russian President) has wanted to create a Russian empire.
And to do so, he needs to take back Ukraine, claim their land and their nation of 44 million people.
In a 2015 speech he called Ukraine the ‘Crown jewel of Russia’ as he regards Ukraine as an integral part of historical Russia.
When they lost Ukraine, it was a symbol of Russia’s cold war defeat.
You see, Ukraine is a democracy with free speech and free media, where they choose to elect their leaders freely.
Russia on the other hand, does not have such freedom and privileges.
Putin still has another 14 years of power. He will do anything and everything to put Ukraine back in Russia’s arms.
So why now?

In the Mail Bag - Ukraine VS Russia
Rate this article
Note: 4.13 of 4 votes