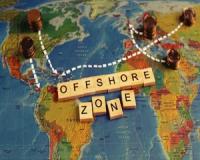 If you, or your business, receive regular payments from abroad, you have to be pretty annoyed with the rand. After all, it's one of the most volatile currencies in the world.

Which is pretty frustrating when you consider the South African Reserve Bank (SARB) forces you to convert any money you receive from abroad into rand within 30 days of you getting it - or sends your money back.

But here's the thing… As a savvy investor, you naturally want to convert your foreign currency at the best possible rate - especially if you rely on that foreign income.

So how do you eliminate all that stress and worry about how much rand you can expect in your bank account at the end of the month?
________________________________________
‘The Great JSE Takeover’
If you’d bought stock just before these companies were taken over... I'm talking about Absa, SA breweries, and more recently Clover and Pioneer Foods they 'would likely [ have been] some of the best investments, you could have made says analyst Francois Joubert.
Now, a similar opportunity is building. But this unfolding story is a lot BIGGER
This time around, a certain set of ‘spin off’ companies could be about to break up the JSE.
________________________________________
Do this to ensure you always get the best FX rate
The answer?
Some people might take you through complex “hedging techniques” in which you book forward rates or overlay a derivative position at the same value but this is unnecessarily complicated!
Instead, open up a foreign currency account (or FCA as it’s more commonly known).
With an FCA, you can store your foreign currency past the 30-day period and exchange it whenever you’re good and ready. Not when SARB says you must.
This means you can control the rates at which you do the currency conversion. And that takes volatility out of the equation!
Now if you receive forex as a business, on the other hand, an FCA won’t work for you.
Instead, you need to open a Client Foreign Currency (or CFC) account.
Why?
Well, CFC accounts allow you to hold more currencies than your average FCA.
FCA accounts are for individuals and nine out of ten times, it will only give you an account in US dollars.
CFC accounts, on the other hand, allow you to hold most major currencies (think the USD, GBP and EUR) as well as minor currencies like the Thai Baht, Kenyan Shilling or Mauritian Rupee.
Now multiple banks and treasury agents can offer you FCA and CFC facilities, but you need to ensure the provider you choose not only gives you the account at a reasonable rate, but also can offer you a good rate on conversion when you finally come to switching your currency.
After all, what’s the point of trying to convert your money at a good rate if the bank then takes you to the cleaners?
________________________________________
What’s in the box?
Your opportunity to bank a forever income with Forex
Click here to find out what’s in the box
________________________________________
How to find the best rate in town?
At Rand Swiss, we pride ourselves on giving clients some of the best currency conversion rates available in the country.
In fact, we’re 50% to 75% cheaper than the big banks depending on which one you use.
If you feel you can benefit from such an account, send me a mail on support@randswiss.com or give me a call at 011 781 4454 and I’ll help you set one up.
Christo Krog,
Rand Swiss, Wealth Manager
Tags: christo krog, fx rate, hedging techniques, rand swiss, fca, client foreign currency,

The #1 way to avoid rand volatility on any money you make overseas
Rate this article
Note: 5 of 3 votes