Don't put your mind on this investment ‘sugar rush' 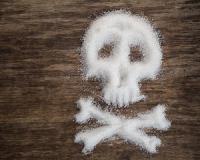 They become hyper-awctive. They stop listening to all reason.

And as soon as the effect of sugar wears off, they hit a low. Until the next hit of sweetness.

You might be doing the same thing to yourself when you invest.

No, it's not that you're adding too much sugar to your coffee.

The mistake you might be making is listening too much to the media and the news it spews out.

The ‘sugar fix’ your investing can do without!

If you really want to find out the importance of daily news, just dig out some old copies of the newspaper from, say, ten or twenty years ago and ask yourself whether the events that ultimately proved to be important in the long run were consistently receiving prominent coverage at that time.

On 17 September 2013 Bloomberg published: “The American myth of cheap oil”

In short the article told investors that oil would stay high and fuel would remain expensive in the US no matter increases in production… By now we know that proved false.

And then on 17 February 2015 Bloomberg published: “Enjoy cheap oil, fear deflation.”
In this article Bloomberg noted that “the fallout from deleveraging in the energy industry worldwide (will) spawn a major shock and global recession”.

Again this did not happen.

But had you listened to these headlines they would’ve affected your judgement.

You’d have based your investment decisions on the fact that the Dow would fall to 3,000, or that the oil price will remain high forever, or perhaps that a global recession is imminent.

You’re doing yourself no favours with an information overload…


There’s a huge difference between being well informed and knowledgeable.

For long term investing success, what’s important is not how much news you know about, but what insights you derived which can help you minimise mistakes and identify opportunities.

Today, the TV has dozens of business news channels and the internet is full of thousands of business and financial websites. Our problem isn’t a shortage of information but too much of it.

News creates an overload of unnecessary and mostly irrelevant information – often things you can do nothing about and that will most probably not affect your investments at all.

Problem is that our brains are hardwired by nature (evolution) to like such noise. A typical piece of news is easy to digest and appeals to our gossip monger lizard brain.

Most of the TV and print media (including and especially financial media) offers us tiny bites of trivial matter, tidbits that don’t really matter and don’t require thinking. That’s why news is like sugar. It’s pleasurable and addictive, but very harmful.

The social media thrives because of our addiction to news – news about world, about stocks, about friends, about celebrities and even about strangers.

So what now for investors?


There is no denying the fact that there is a grave water crisis and drought, rising pollution levels, an uncertain job environment, continued political bickering and other scams etc., which create pessimism about the future.

But the fact is these things have happened in the past. They’ll continue happening.

And the markets will continue to present investment opportunities.

P.S.  Have you subscribed to Red Hot Penny Shares yet? Despite what the market decides to do, we always find the most profitable investment opportunities. With an average gain of 31.42% since 2002, you're sure to make more than you lose. Click here to find out more...
Tags: penny stocks, bad investments, jse stocks, what now for investors, investment opportunities,

Don't put your mind on this investment ‘sugar rush'
Rate this article
Note: 5 of 1 vote