Have you spotted this recovery opportunity? 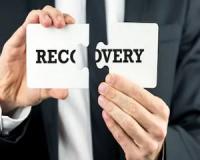 “History doesn't repeat itself, but it often rhymes.”

The more things change, the more they stay the same - this is true when it comes to the fear, greed and herd mentality in the markets... If you've been investing long enough you will see the same patterns on repeat.

It had crashed from levels above R16.

With the financial industry in distress investors treated this 100 year old company as if it would go bust tomorrow.

Or how about the Fukushima disaster - the JSE All Share index dropped from 31,173 points on Friday 11 March to 29,944 by Tuesday 15 March following the disaster.

Have you heard of Black Monday?

It refers to the market crash that also happened in 2011 as the US government bonds were downgraded from AAA (risk free) to AA+.

That's nearly a 12% crash of an entire stock market in mere days. By 28 October 2011 the market had recovered a whopping 16% again.

Simply put - the world has seen crisis after crisis. But it bounces back time after time.

Let's have a look at one of these market sectors that have been hit hard.
________________________________________
I’m about to offer you information known
only amongst a private circle of extremely influential people
And I’ll show you exactly how you can build your personal wealth the old-fashioned way, using the same approach as Joe Kennedy, Norman Rockefeller and Harry Oppenheimer.
By the end of the enclosed document, I’m certain you’ll agree with me – It’s not what you know, it’s who you know. And you’ll also see that what I’m promising you is not a hoax, scam or swindle.
________________________________________
The JSE’s consumer services sector was decimated in 2019 – is their a recovery opportunity?
As you can see in the following table, the stocks of many retailers and consumer services companies were crushed in the past 12 months.
Most of these companies are trading at multi-year lows. Truworths for instance is at the lowest it has been since 2010.
Massmart is 39% lower than it was back in 2009 and market darling Curro is down 72% from its 2016 high!
The list goes on and on… In fact, the JSE’s IT sector looks similar to this. And the financial sector’s also had a bad time.
To be clear, many of these companies deserve to trade at these levels.

They have bad business models, poor management, too much debt, and/or are getting squeezed by weak consumer confidence and changing markets.
So they might look cheap – but they’re not really.

Others however have compelling business cases – and show great value for investors.
Some of them are going to rebound but how do you separate the good from the trash...

________________________________________
“If you want to make a killing from cryptocurrencies – read this book as FAST as you bloody can!”
I’d like to rush you a copy of my book, Crypto Revolution, right away.
Inside you will find everything you need to understand this financial revolution…
And take maximum – potentially life-changing – advantage of it.
Including the name of the coin I am calling “The Bitcoin Killer”…
A cryptocurrency that could ultimately climb 20,000% from where it sits today.
That’s the kind of move that turns R2,500 into R500k over the longer term.
You’ll get the name of that crypto… my full case for why it could rise to become the #1 crypto in the world…
And my full analysis on the entire cryptocurrency landscape, all in my book.
________________________________________
Real Value from the Value Trap?
The term "value trap" refers to these ‘trash’ companies. On the surface they look cheap. Investors have the opportunity to buy their assets at big discounts. But the discount turns out to be an illusion – and the stock stays cheap or even goes bust eventually.
There are a number of reasons a company can turn into a value trap:
• A permanent change in its ability to generate cash happens making past comparisons useless – Think about how online shopping is changing the landscape. Sure everyone isn’t set to drop Mr Price for Superbalist. But how about electronics?
Dion Wired is closing down as we speak – people are opting to rather buy their tablets, USB drives and other electronics via Takealot or Makro Online.
So always make sure that when you buy into a company you understand what has drive it’s drop in value – because it might be a permanent occurrence…
• The cyclical earnings trap – The cyclical earnings trap, or “Peak earnings trap” happens when companies are in cyclical industries. Think of the construction sector – in 2010 it was producing record profits, yet share prices kept dropping.
That happened because many savvy investors were looking ahead and realised that the record profits won’t be sustained and the sector was heading for a cyclical downturn.
So at face value shares looked cheap – but two years later their profits had dropped and the ‘cheap’ shares suddenly didn’t look cheap any longer…
• Cash flow is king – I like companies with strong cash flows. One of the first warning signs when a company trades on a low PE (meaning its profits are very large compared to its share price) is weak cash flows.
Some low PE companies are cheap. But when their cash flows are weak, or weakening it indicates that earnings aren’t great quality and the company could turn into a value trap.
Steinhoff was one such example. The company had great earnings figures, but it’s cashflows never backed up earnings.
Applying these principles I’m looking at the SA consumer services sector this year for a pending recovery. Retail sales in late 2019 picked up, interest rates have just come down and styles may change but people don't stop buying for long.
If there’s even a slight economic turnaround, retail stocks could boom!
Here’s to unleashing real value,

Have you spotted this recovery opportunity?
Rate this article
Note: 3.61 of 28 votes