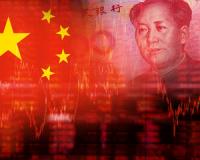 This is the most exciting bull market for 2016 yet…

One that almost nobody is talking about... But it has huge implications for investors like you and I…

I'm talking about the bull market in chrome ore.

I know… Commodities are ‘out of flavour' right now. And nobody's predicting any of them will go up. It's all based on slowing demand from China.

But people have been saying these things about China for the better part of a decade now, and China's still chugging along with economic growth of 6.7%. That might be slower than the 8% we saw a couple years ago - but it's off a larger base and it's still responsible for huge demand in commodities.

In fact, have a look at this link, and you'll see how different grades of chrome ore have shot up between 20% and 40% in the past 90 days!

This is a massive opportunity to profit. Let me explain…


China imported a record amount of ferrochrome in 2015. And that’s after there were fears that it would cut imports.

This, coupled with the fact that the chrome price is soaring points to a clear bull market.

Don’t believe me yet?

How about the fact that 2016 is also set to be yet another record year for stainless steel production as well? And ferrochrome is a key input into stainless steel.


For ferrochrome you need look no further than home

So, if China is looking to get its hands on more of the stuff it’s bound to look to South Africa.
And, the largest ferrochrome producer in the world is the Merafe/Glencore joint venture. So you need go no further than buy some Merafe shares to get in on it…

What I like about Merafe is that it doesn’t have cost control problems like the gold and platinum miners.

In fact, Merafe has a world leading technology on its ferrochrome smelters that helps it produce with ultra-cheap costs.

Learning to trade Forex is difficult, so don't bother

So if you want to learn Forex, stop reading now. This isn't about teaching you - I just want to make you money.


The technology lowers the amount of electricity a smelter needs to work by about a third. And with increasing electricity prices (not just locally but worldwide) this gives Merafe a massive advantage. And this isn’t a small advantage. We’re talking around 35% less electricity consumption from Merafe’s new smelters compared to other competitors.


Merafe’s product is sold in US dollars.

And as we all know the rand’s gone to hell over the past year.

In fact, for the financial year ended 31 December 2015 Merafe had an average rand/dollar exchange rate of R12.80 to the dollar.

And the company made a 13.9cps profit on the back of this.

In the meantime Merafe’s also brought it’s newly built Lion II smelter to full production, so it will see slightly higher production come through in 2016.

With that in mind I expect Merafe could make at least 17cps profit in 2016.

Together with this the company has reduced debt and plans to pay shareholders a much bigger dividend starting 2017.

Everyone's talking about this exciting new way to double your money every month:

“Reinforced previous seminar and expanded on patterns. Stepping stones which will bring confidence with my Forex trading.” Jon nel

“The message was clear and it enforced the realistic expectations with Forex. No hype” Makgoba

The numbers speak for themselves  - join them today!

If you’re a risk taker this is a great stock to buy right now – even though it is in an unloved sector it’s made great strides in the past year and profits are looking good.

How you can bank 61% gains this year from the bull market NOBODY is talking about
Rate this article
Note: 5 of 1 vote