I wish I was wrong about the Eskom Coal Cliff… But Watch as These Three Energy Company Share Prices Erupt! I Expect 100% to 200% Gains in the Next 12 Months… But you Must Act Fast! 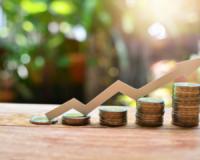 But every once in a while, the evidence is so conclusive … I simply cannot ignore it.

You see, some four years ago, I uncovered a report which indicated the coalmines that supply Eskom would reach the end of their lives between 2010 and 2020.
And I told investors:
In the next three years, we’re going to need an extra 60 million tons of coal per year to keep the power on! And… there simply aren’t any new mines to meet that demand...
Simply, this ‘Coal Cliff ’ would eventually lead to Eskom running out of coal. And three years later, the evidence is now mounting.
Almost every day there is a new headline about the impending catastrophe at Eskom…
Monday 16 April: Chris Yelland, BusinessTech.Co.Za:
“Credible reports are being received of alarming coal supply problems at numerous Eskom coal-fired power stations in South Africa’s Mpumalanga province.”
Tuesday 17 April, TimesLive:
“Eskom doing everything to avoid load shedding amid coal crunch”
Friday 20 April, ENCA quoted Eskom as saying:
“It was making contingency plans to ensure lights stay on this winter amid a coal
shortage.”
So, folks, it’s fair to say that day has come – Eskom is out of coal and the lights could really go out this winter!
It could have been avoided. But Eskom spent its cash funding the Gupta’s mines.
Now these Gupta mines are shutting down. They have been looted. There isn’t any more decent coal left, and the mines have become environmental catastrophes.
But out of every crisis, comes opportunity.
And I believe this opportunity will kick off the greatest energy revolution South Africa has ever experienced, and a handful of savvy investors stand to profit by the bucket load if they act now!
Let me explain….
________________________________________
Are you ready for the Penny Stock Energy Eruption?
One imminent event is fast approaching…
It has the potential to send 3 specific penny stock companies through the roof.
According to our in-house penny stock expert Francois Joubert, these Penny Stock Eruptors could ignite a price rise of 400% or even higher.
That gives you three clear shots at turning a small stake that you can afford to risk – say R10,000 – into as much as R40,000!
If you want in on these three potential Eruptors, I’m making it easy for you.
Francois is sharing details on how to claim these plays here.
All you need to do is register and I’ll send you a free viewing pass.
Click here and do that now.
________________________________________
This is the start of South Africa’s biggest revolution and it’s all about energy
According to Dictionary.Com “a revolution is a radical and pervasive change in society and the social structure, especially one made suddenly and often accompanied by violence”.
Whilst I doubt there will be violence, I expect things to get messy. And I expect big changes will come in the next three years.
Expect strikes, protests and marches as Eskom attempts to increase electricity prices 10%, 20% and 30% a year going forward.
You see, with the current situation there’s only three ways Eskom can keep the lights on:
1. Eskom needs to run emergency power such as diesel and gas turbines. It is already doing this (and winter hasn’t even started). But this is very expensive… So, it will want to limit this.
2. Eskom needs to source more coal. It can actually do this. But this won’t be ‘Eskom grade coal’ – which is of a lower quality. It will more than likely be export grade coal. You see, because Eskom hasn’t contracted new coal supply agreements to the likes of BHP Billiton and Anglo Coal, these (and other) companies have only focused on developing their mines for the export market. They produce top quality coal – that’s much cleaner burning than what Eskom is used to – but also at a much higher price. In my opinion Eskom will be forced to buy from coal exporters at a much higher price…
3. Explore new energy sources – and start implementing them sooner than later. Already government has announced a new round of renewable energy investments to the tune of R56 billion. But this is a long-term solution – it won’t fix Eskom’s problems over night. But it is the future of South African energy…
________________________________________
Tell me where to send your FREE book
Trading expert, Timon Rossolimos, has just released a brand-new trading book, Trading Made Simple.
It contains everything you need to trade the markets like a pro and start earning up to 60% returns on your money in 7 to 21 days.
And he’s giving away 100 copies for FREE.
Getting your hands on one of these couldn’t be simpler…
Simply click here and tell me where to send your FREE book.
________________________________________
With Eskom in trouble – Here’s how you can make money
The fact is, Eskom now has no other choice than to run around to every single smaller mining operation it can find and buy coal at ANY price. Just to keep the lights on.
That means, small mining operations could be set to benefit handsomely.
But I also believe that this will lead to a revolution in the energy sector.
It will put a lot more emphasis on alternative and renewable energy sources.
That’s the only way South Africa can avoid the same problems in the future.
Once a solar panel is installed – the sun cannot disappear because of corruption! I expect the building of these kind of power plants will take off in unknown ways – reducing South Africa’s dependence on coal…
So, my three-step plan to profit from Eskom’s Coal Cliff – and SA’s new energy revolution is to invest in three
Penny Stock Eruptors:
Penny Stock Eruptor #1:
A coal miner that’s set to double production and come to Eskom’s rescue
Penny Stock Eruptor #2:
The only such business in Africa, with the technology to turn refuse into electricity
Penny Stock Eruptor #3:
A South African company that builds and manages renewable energy plants
I expect these THREE Penny Stock Eruptors to more than double in the next year alone!
Click here for the full details.
Here’s to unleashing real value

I wish I was wrong about the Eskom Coal Cliff… But Watch as These Three Energy Company Share Prices Erupt! I Expect 100% to 200% Gains in the Next 12 Months… But you Must Act Fast!
Rate this article
Note: 4.2 of 10 votes