Nobody's talking about it, but Platinum excites me more than Gold right now! 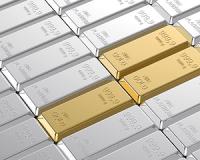 But I'm much more excited about another precious metal right now.

I'm talking about platinum of course…

This secret made these three men multi-millionaires

Over half a century ago, in New York City, three young men walk into a room.

The 'secret' acquired during those 90 minutes made these three men multi-millionaires.

Passed on behind closed doors, this secret is still used by many of the most successful investors on the planet.

Those in the know continue to exploit its power to accumulate life-changing sums of money.
Today, I’d like to share this secret with you.


The platinum market is about to go into a deficit, with higher demand than supply.

This sent platinum on a downward spiral.

But low platinum prices limited new production, and strikes in South Africa decimated the stockpiles that built up over the years.

Now, GFMS (a subsidiary of Thompson Reuters), released their annual Platinum Group Survey. In the report the GFMS states: The platinum market will return to a small deficit in 2016 and the deficit in palladium will deepen, with the chief determinant of lowered supply for platinum being a reduction in mined metal.

So there won’t be enough platinum produced in 2016 (including recycling from used platinum catalysts) to cover total demand. The shortage will be used from what remains of stockpiles.

At this stage there are a couple of platinum mines being built. Take Wesizwe for instance, the new mine the company is building banks on the platinum price rising to $1,500 by 2019.

So, unless we see the platinum price rise, the shortage in the metal will continue growing and at some point the stocks which are making up for the shortage won’t be enough anymore…

Want to invest in penny shares, but don’t know where to start?

I’m sure you’ve read most of my articles on why penny shares are such a great investment. Returns are exceptional and unrivalled in the investment world. But where do you start and how can you ensure that you pick a winning share?

That’s where I come in! On the 30th of July I’m giving 100 lucky readers in-depth training on how to get started in the exciting world of penny shares and, more importantly, how to pick the next ten-bagger. All of this information is exclusively available at my event and you don’t want to miss out on this opportunity.


The risks of putting up a new platinum mine though is huge. It’s taken Wesizwe ten years since it’s listed and the company’s still building its mine. It’ll only be completed by 2019 and full production will only be in 2021.

That’s why I like low-risk opportunities. And I know about two companies that fit the bill.

Even though they are small companies they’ve managed to find platinum deposits which they can profit from, without the need of building huge mines.

In fact, with relatively small capital outlays both these companies can produce hundreds of millions in revenue.

Jubilee has recently started two projects that process chrome tailings from mines – extracting chrome and platinum from it.

The one project is called the Dilokong Tailings project. The company will process around 160,000 tonnes of material a year. From this it will extract chrome and platinum concentrates. The project already made R8.7 million profit for Jubilee in the first three months of operation. If it continues this trend it will make R35 million profit a year, putting Jubilee on a PE of 18.5.

Don’t tell anyone this!


But then there’s project number two which will come online in December 2016. That’s the R200 million plant Jubilee built near the Hernic chrome dumps. The company will be able to produce 180,000 tonnes of chrome and 33,000 ounces of platinum from the project.

Based on this project size it could add double the profits of project one for Jubilee. This could put the company on a PE as low as 6.1!


Pan African Resources is better known as a gold producer with its high-grade Barberton mine, and the Evander gold mine.

What’s perhaps lesser known is the company also owns a platinum processing plant called Phoenix platinum. This operation can produce platinum at around $563/ounce. So there’s a massive profit margin in it to the company.

With the much higher than 2015 platinum price this operation could have a great 2016.

And there’s still the gold mining side of Pan Af that profits from the highest ever gold price in rand terms as well!

These are two small miners to keep an eye on. They are platinum producers with low cost operations and high cash flows. Exactly what you want from a mining operation.

Nobody's talking about it, but Platinum excites me more than Gold right now!
Rate this article
Note: 5 of 1 vote