One of the top penny stocks to watch in September 2019 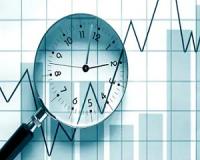 By definition, Penny Stocks trade at R10 or less and they're typically small companies with big growth potential.

These investments are attractive because small share price moves translate into large percentage gains - or losses if you pick the wrong stock. In short, these are volatile investments, so you're advised to use caution.

But if you're looking for one of these top penny stock companies right now, Pan African Resources (JSE: PAN) should be at the top of your list.

This company has the potential to rise 50%, even 100% in the next couple of months.

Of course, you should always do your homework before just buying into the share - and that's why I'm sharing some of my research with you today…
________________________________________
Make Double Your Money Without Knowing a Thing About Trading?
If you can follow simple instructions, then I’ll show you how to consistently make money no matter what the markets are doing.
You won’t have to do research. And you won’t need to worry about support lines or resistance points… Unless you really want to.
All you have to do is relax and watch your money grow.
Click on the link to learn more about my incredibly simple plug and play investment strategy.
________________________________________
What Pan African Resources is all about
Pan Af is a JSE listed gold miner. The company owns two major gold mines called the Evander Gold mine and the Barberton Gold mine.
At Evander it has recently completed the Elikhulu gold tailings retreatment plant that can process 1.2 million tonnes of old gold dumps per year – and turn them into thousands of ounces of gold. Very profitably if I might add.
Then there’s the Barberton gold mine. This operation consists of underground mining, with one section sporting some of the highest grade gold bearing reserves in the world. It also includes a gold treatment plant that retreats the mine’s almost century old gold dumps that are rich in gold which couldn’t be extracted by old technology.
The current gold price means this miner is coining it
On 13 November 2018 the gold price was at $1,199 an ounce. Today it sits at $1,500. The rand/dollar exchange rate is also very favourable – putting the rand gold price at R740,000/kg.
This is the highest the gold price in rands has ever been. What’s more, it is nearly R300,000 a kilogram more than it was around a year ago.
Thanks to this sky-high gold price Pan African Resources’ latest project will pay for itself in less than three years.
Pan Af’s latest project, Elikhulu, will produce around 1,741kg of gold a year. And 2019, will be its first FULL year of operations.
Based on its operating cost of +-$600/ounce the profits will be huge.
We’re talking in the order of R775 million a year.
The entire project cost Pan Af R1.7 billion.
So it will take just more than 2 years to pay back all the money it spent on the project.
On a per share basis the profits from this project alone could total as much as 34cps.
With its current share price at 240c, that puts Pan Af on a forward PE ratio of only 7. And you get all of its other businesses for free…
All in all, I believe Pan Af could reach full year earnings of around 50cps in 2019.
Meaning, at a PE of 8 – the company’s share price would hit around R4. Or 66% higher than at present.
At the company’s historic average PE ratio of 12 – the target price on the share is a whopping R6 – or a whopping 150% higher than what it is right now.
Pan Af has two more major growth projects on the horizon
Pan Af is working on two major growth projects.
It is in an area that falls within its current Barberton mining rights called Royal Sheba.
In its latest update, Pan Af announced it has declared an 800,000-ounce gold reserve at the Royal Sheba mine section.
Pan Af is assessing mining this gold reserve – which could easily add 50,000 ounces a year, to a 12-year life of mine, project to its portfolio with minimal additional capital expenditure. It would use the Barberton processing plant to process the gold ore – so no need for a completely new plant either.
The other project Pan Af is embarking on is the Evander Pillar Mining project.
Mining pillars of gold containing rock are set up in a mine for extra support. When the mining operations come to an end, these pillars can be systematically mined for their gold.
The nice thing with this is these pillars often contain high grade gold deposits. There is also very little development cost as they are easy to reach. The downside is safety risks are high – so mining has to be done very responsibly.
Pan Af has always had a good safety record, so I am certain it can do this project without taking unacceptable risk. This will add 30,000 ounces of production at around $900 an ounce and mining will be around three years. The total capital needed for the project is R70 million – and around R1.64 billion worth of gold will be extracted at an average profit of around R485 million!
________________________________________
“If you want to make a killing from cryptocurrencies – read this book as FAST as you bloody can!”
I’d like to rush you a copy of my book, Crypto Revolution, right away.
Inside you will find everything you need to understand this financial revolution…
And take maximum – potentially life-changing – advantage of it.
Including the name of the coin I am calling “The Bitcoin Killer”…
A cryptocurrency that could ultimately climb 20,000% from where it sits today.
CLAIM YOUR BOOK IMMEDIATELY
________________________________________
Pan Af will continue to be supported by the gold price
According to David Sneddon, Technical Analyst at Credit Suisse: Given the fact gold has formed a strong base at its current price level for six years the bank “suspect we could even see a retest of the $1,921 record high”.
Morgan Stanley’s commodity strategist Susan Bates said gold is the firm’s No. 1 commodity pick.
“Morgan Stanley’s forecasts of falling real rates and a bearish US dollar outlook, against an uncertain macroeconomic outlook, should lend significant upside to gold’s price through 2019 and into 2020,” Bates said in a note Monday.
If gold hits $1,900, it would signal a rand gold price of around R936,000/kg compared to today’s R740,000/kg. Gold miners like Pan African Resources stand to make a fortune if this happens…
Here’s to unleashing real value,