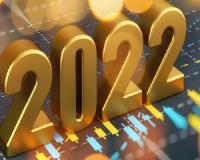 Every year we start off with our biggest, boldest and best predictions for the coming 12 months.

How will the world around us change? What will stock markets do? And where do the biggest opportunities exist?
Five predictions to start off the year

It’s the prediction no one has been willing to make. Just as we think things are taking a turn for the better, a new variant of the Covid virus emerges.

But I am making a bold prediction that we’ll see the backside of the pandemic this year.

After almost two years it disappeared. The virus was still around (and still is in some form) but it isn’t deadly anymore.

Dr. Keith Armitage, a professor of medicine in the division of infectious diseases at Case Western Reserve University, says this is likely due to a combination of herd immunity and the virus mutating to produce a less severe illness.

Similarly, the Covid virus has now infected a huge portion of our population at some stage. Also, half of the world is vaccinated as well. So, between herd immunity and vaccine immunity we can see that hospitalisations and deaths are decreasing even though infections are increasing.

Increasing infections (as long as they are mild) is a good thing – as it means more, and better immunity in the population.

We will likely have one or two more major variants of Covid in 2022. The media and governments will throw their toys out the cot temporarily.

But I predict that deaths and hospitalisations as a proportion of infections will continue to decrease and eventually governments will be pressured to drop lockdowns and other emergency regulations and by the end of 2022 we will see life after Covid emerge.

This will be positive in many ways – as supply chains and global shipping is currently in shambles. Tourism and hospitality are struggling as well. And generally labour market productivity is low.

Prediction #2 – Electric and hybrid cars will go mainstream in 2022

It’s been a long time coming. But I predict that electric and hybrid cars will become mainstream this year. We will likely see the peak sales of internal combustion cars – and from here they will steadily lose market share to electrics, hybrids and even other fuel sources such as hydrogen.

Electric cars hit 65% of Norway sales in 2021, and by end of the year will hit 80%. By 2025 the country could become exclusively electric. Similarly, Denmark saw 57.8% of new car sales being electric or hybrids in December 2021.

While these European countries are small, they are showing that a complete move to electric cars is possible, reasonably quickly.

The company has a new factory that will produce the new Model Y in Texas (a $10 billion investment at this factory over time), and will then open a new factory in Germany as well – so it’s safe to say they are forecasting a big surge in sales.

Ford already has 200,000 orders for its electric F-150 Lightning which it plans on launching this year, and Toyota has committed $35 billion investment in electric vehicles by 2030.

With these scales of production – electric and hybrid cars are quickly becoming more affordable. Toyota’s new Corolla Cross Hybrid in South Africa is locally manufactured and costs around R448,300. Its priced favourably to other SUV’s, despite being a Hybrid. Toyota plans on making it the company’s top selling car in SA. Volvo, Audi and BMW are also launching electric cars locally – but they are in the luxury segment.

This is what you could have banked in October, November and December

When you get your first SMS from me, you could be well on your way to these kinds of profits...

Don't miss your chance to 'pickpocket' the global financial markets and profit for 3 months, totally RISK-FREE. Find out here how you can do the same in 2022.

According to Lightstone, one in 7 homeowners who sold and bought property in 2020 ‘semigrated’ from a large city to a smaller town. The majority out of Gauteng – to the Western Cape and KZN.

Simply put – people are moving away from the failed service delivery brought to them by the ANC – and looking for towns with functional municipalities and lower crime rates.

This will create a big divide in property prices in the coming year.

I suspect we will see prices in Gauteng’s property market stagnate. And if interest rates are increased – property prices in Gauteng, North West and Limpopo will lose value on an inflation adjusted basis. Property in the Western Cape, and selected areas in KZN (such as Umhlanga and Ballito) will continue to appreciate due to high demand.

This could however create bargain opportunities in Gauteng – as many move away the bulk of economic activity will remain in the province.

It’s been one of the most predictable trends in the last decade – the rand continues to weaken to the pound and dollar.

I suspect we’ll see some market turmoil later this year due to high inflation, low interest rates and huge market stimulus – and the reversal thereof. This will see a flight to safety and we will see the rand seriously weaken. It will likely be temporary, but will set a new level which will be reached in coming years.

For the decade between 2010 and 2020 small cap shares didn’t outperform as well as they could’ve in SA.

I expect another outperformance in 2022.

Many smaller companies are still crazy cheap – on price earnings ratios of lower than five. And these companies will simply have to play some catch up.

My favourite opportunities for the year are industrials, agriculture and base metals producers.

I’ll be releasing my top five to buy for 2022 in the last week of January so if you are not already a subscriber, go here now.

PS. If you’ve never taken the leap to try out our investment research advisories, here’s your best opportunity yet.

Annabel our group publisher is offering an open house for the month of January where you can try out our top three investment advisories for 30 days risk-free and  even better get a 50% discount off the subscription price for life.
Tags: penny shares, small cap stocks, stock market predictions, francois joubert, analyst, red hot penny shares