The investment safer than your house! 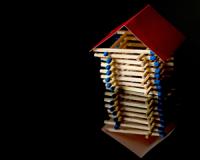 There's no doubt I'm a penny share fan.
But just in case you had any doubts at all about the wealth-building potential of penny shares…

Check this out...
Just suppose in 2006 you inherited R15,000...
So you decided to put it to work in the stock market.
You invest R5,000 in the property market; another R5,000 in a broad range of large cap companies and you invest the final R5000 in the very smallest shares on the JSE, penny shares. Now, let’s jump forward to 2015.
Today, assuming you had achieved an average return from these different asset classes – your first R5,000, invested in property, would be worth R17,549. Not bad!
Not as nice as the R5,000 you invested into large company shares, though.
That would be worth R21,660. How’s that for outperformance!?
But here’s where it gets really mindboggling...

Your penny share investment more than doubles the JSE’s performance!


The R5,000 you invested into those little penny shares would be worth a staggering R32,929. Wow!
That’s amazing considering it’s only the index average performance!
If you were to hold a portfolio of carefully selected winning penny shares, like the ones I pick for my Red Hot Penny Shares PowA! Portfolio your R5,000 could’ve been worth around R70,536 in a decade’s time!
These are just some of the many facts and figures proving why small cap shares are the best investment for DIY investors like you and me…
As I was researching the incredible profit potential of my favourite investment class, I came across some interesting facts in a report from the investment bank, Credit Suisse.
This report just confirmed to me yet again that serious investors ignore small caps at their own peril!
Why small stocks are a better investment than houses
The report contains much more food for thought. Take house prices for example.
Credit Suisse have the numbers dating all the way back to 1900. House prices have, on average, risen by 1.3% per annum in real terms since 1900.
Even add in annual rental income and you’d still only have made around 6.3% on property annually over the last century.
That’s very uninspiring, especially if you consider how difficult and costly it is to own a diversified property portfolio compared to shares…

And here' s the killer argument:


According to Credit Suisse, in nominal terms, the return from SA shares over the last decade has been 15.27%.
But that's not even as good as it gets...
The average annual return from penny shares is sitting at a fantastic 25.52%!
You can’t argue with a 25.52% return
This advantage in favour of small companies should be more than enough to cover any costs of running a small-cap portfolio. Fund managers, with billions to invest each year, have no choice but to stick with shares of big companies.

But the rest of us have a choice.


Either you can give your money to a fund manager, and have him buy large company shares with lumbering performance while charging you 2% per year for the privilege...
Or you can take matters into your own hands, save yourself the 2% annual fee, and buy those shares that have historically been shown to make the most money: Small-cap stocks, otherwise known as penny shares!

In fact, right now, I've just compiled a full research report on five small cap stocks that are set to ROCKET in the next 12 months. Each stock in the report has the power to make some fast-moving investors very, very successful. Click here to read the full report on the Five Shares Set to Rocket now.
Here’s to unleashing real value.

The investment safer than your house!
Rate this article
Note: 5 of 1 vote