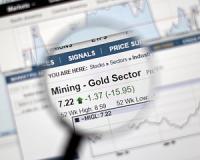 Between October 2015 and mid-January 2016 the JSE Resources index crashed 38%. Mining shares were out of favour more than they've ever been.

Since then, the index has recovered some of these losses, becoming one of the best performing sectors on the JSE for 2016.

In fact, since the resource index's January low, it's up 40% for the year so far!

A $30 billion a year US megatrend has hit South Africa's shores...

But that's not all: There are three key demand drivers that will boost this young industry's growth and could send the shares of this under-the-radar company skyrocketing

The worst mining shares on the JSE – Stay clear away!


As editor for Red Hot Penny Shares I get asked about speculative junior miners often.

Two shares that are mentioned all the time are Coal of Africa (CZA) and Wesizwe (WEZ)…
When you hear these names you should run!


Everything just keeps going wrong for Coal of Africa.

Firstly, the company’s water licence at its Makhado project has just been suspended.

It’s also being chased by Rio Tinto for an amount of $19 million still owed to it for assets bought from Rio.

To add to these woes Coal of Africa plans to start construction of its Makhado mine in the second half of 2016- this will add more expenses to the bottom line.

It’s also trying to acquire Universal Coal so it can own a cash generating mine whilst it is building its current ones.

Do you want to earn an extra R8,589 per month from simply opening an SMS?

What I'm about to show you only takes about five minutes to put into action...

You won't have to crunch any numbers...

You won't have to calculate anything...

Click here to find out how you can earn an extra R8,589 per month


The deal however will cost $91 million. Cash Coal of Africa doesn’t have. It plans to pay for this with a combination of shares, loans and cash.

Whilst it could help the company it will mean further shareholder dilution and added risk to the company because it’s taking on more loans.

This just isn’t a company that excites me at all. The only way Coal of Africa can continue existing is if it asks shareholders for more money on an annual basis.


Wesizwe Platinum is one of those penny stocks that give penny share investing a bad name… The share price hit an all-time high of R16.50 in 2007 during the platinum price boom.

Since then the share price crashed to its current level of 49c.

But there’s a couple of points I really don’t like with this company.

Wesizwe is only in the construction phase of its Bakubung Platinum Mine.

What’s more, steady production from the mine is only expected in 2020.

There is a generally accepted misnomer in the financial sector that the numbers aren’t real, that there are no products behind them, no real money.

It’s as if they’ve forgotten that when you buy gold, you get a lump of physical gold to hide away in your shed.

That when you invest in corn futures, there’s an actual freight carriage full of corn sat in an industrial train yard somewhere, or in a farmer’s field, ready to be harvested.

And, that the currency markets determine the value of the sterling coins you carry around in your pocket every day.

Learn and profit from The Forex Profit Box today...


The company hasn’t even built a process plant to recover platinum from the ore it mines yet.

So, what this means is there’ll be significant losses for the company going forward, as there’s nothing it can profit from until it starts to mine.

This shows, Wesizwe’s spending money it doesn’t really have on directors and management whist it isn’t even making money from anything.

But what really worries me is the economics of the Bakubung project.

You see, every year the company needs to test whether the project will be as profitable as they envision it will be. So they build a financial model to calculate future profits once they start mining.

Here’s the thing though: The company uses a platinum price of $1,526 and a palladium price of $1,046 in order to make the numbers look good.

So, there’s clearly a fair bit of optimism built in! Simply put – if the platinum price does not go up to $1,526 with a R/$ exchange rate of R14.85 at least, Wesizwe is doomed. The company simply won’t make money.

In fact, at the moment Wesizwe has its Maseve mining project for sale.

The company values the project at R628 million. But that’s using the inflated platinum and palladium prices I showed you above.

So with the platinum price 33% lower than the Wesizwe figure, the project is actually worth only R210 million. I’d be very loathe to bet my money on this share. Not only does it mean you need to bet on the platinum and palladium price rising, you also have to hope the company finishes its mine construction on budget, on time.

Do you want to know how forex trading works in the ‘real' world?

If you want to start Forex trading, but haven't taken the plunge, what's holding you back?

Is it because you're not sure how to open an account? Or do you not feel you have the knowledge to start putting trades on?

Whatever your reason, imagine if you could have a forex trading expert take you through every aspect you need to know about, in person.

Well the good news is, you can.

Read on to find out more…


But where there are bad shares, there are also good ones…

Right now there are two tiny mining companies I really like:


Pan African Resources is better known as a gold producer with its high-grade Barberton mine, and the Evander gold mine. Barberton mine sits with one of the highest grade gold sections in the world and thanks to it Pan Af is the lowest cost gold miner in South Africa!

What’s perhaps lesser known is the company also owns a platinum processing plant called Phoenix platinum. This operation can produce platinum at around $563/ounce. So there’s a massive profit margin in it for the company from platinum as well.

With the much higher than the 2015 platinum price this operation could have a great 2016.

And there’s still the gold mining side of Pan Af that profits from the highest ever gold price in rand terms as well! I’m expecting the company to report close to 40c earnings per share for 2016 – with its annualised rate being closer to 55cps right now. That means at R4 a share the company is dirt cheap…

I’m really excited about the potential of this company. But there’s another one I really like.

It’s a tiny platinum and chrome producer with a patent that allows it to produce platinum at a fraction of the cost of other producers.

To find out more about it, join me for the Red Hot Penny Shares Bootcamp on Saturday 30 July 2016.

These are the best and worst penny shares in the mining sector
Rate this article
Note: 3.5 of 9 votes