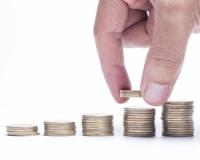 Over the past three years the JSE has gone nowhere!

This makes the index ridiculously ‘expensive' and the average investor extremely despondent, crying where's the value.

But I'm hear to tell you, there's no need to be negative.

In fact, I see today as a perfect buying opportunity. It's markets like this that make small caps explosive - and I mean that in a good way.

I'm talking double and triple digit profits can be scooped up by enterprising investors. This chart shows the average growth you’d have seen on R10,000 if you’d invested in every Red Hot Penny Shares tip since 2010, compared to the JSE All-Share Index.
As you can see, these smaller shares outperformed the JSE almost three-fold over this time period.
And by investing in a select group of small-cap investments today you can repeat the performance!
*****************************
How is it possible to give you all our best ideas... for just R10 a week
Our latest project is unlike anything that's ever been done in this industry before, as far as I know... you can now get access to investment ideas worth more than R10,000... for just R10 a week.
Here's how it works...
*****************************
Why today is a golden buying opportunity
Here are just a handful of small caps showing amazing growth and you’ll see why I’m excited:
Now just imagine if the share just moved to a more realistic, but still modest PE of 13, its share price would DOUBLE.
There are so many small cap shares I have on my radar right now, you just need to know where to look.
They’re trading at some of the biggest discounts to their real value in years, whilst still growing profits. Just take a look at Rolfes, Santova and Insimbi to see what I mean.
Here’s to unleashing real value

Francois Joubert
Editor, Red Hot Penny Shares
P.S. Whatever you do don’t ignore the potential on offer. If you are afraid to do it on your own, then join the ride with me. I just released my hottest 5 small cap stocks I believe will rocket within the next 12 months and for a limited time, you can get access to them absolutely free for 90 days, you can get the full details here.

Why there's never been a better time to buy small cap shares
Rate this article
Note: 3.81 of 8 votes