Breaking News! Land expropriation bill is a go! What does this mean for investors? 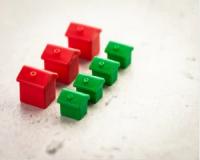 On 26 July 2019 the SA government's National Assembly pushed forward with expropriation without compensation plans. It established a committee to introduce legislation for amending our constitution. The recommendation was that the expropriation bill should be passed speedily to replace the existing 1975 apartheid-era expropriation act.

Francois Joubert,
Editor, Red Hot Penny Shares
P.S: Right now we have four stocks that are selling at a bargain and have the potential to double your money! - Click here to find out more...
Tags: francois joubert, land expropriation, expropriation, anc, property,

Breaking News! Land expropriation bill is a go! What does this mean for investors?
Rate this article
Note: 4.39 of 9 votes