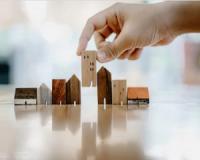 If you hold property stocks, or one of the big four supermarket chains you need to listen up…

A major new finding by the Competition Commission is coming into effect, and it could have far reaching implications for these companies.

This is one of the findings made by the Competition Commission’s Grocery Market Inquiry, which looked into the general state of competition within the grocery retail sector, where the participation of small and independent retailers has steadily diminished over the years.
Shoprite, Pick n Pay, Spar and Woolworths have been given six months to voluntarily agree to comply with the inquiry’s framework for eliminating these leases – or face more stringent regulations.
The inquiry found “features in the South African grocery retail sector that may prevent, distort or restrict competition”, inquiry chairman Halton Cheadle said as the final 600-page report was unveiled on Monday.
Among those features are exclusive leases and tenant mix clauses negotiated by the major chains in shopping malls across the country to deny opportunities for specialist, emerging chains and small, medium and micro-enterprises (SMME) in areas where the majority of consumers do their weekly and monthly shopping.
“Of even greater concern, these agreements also systematically deny the opportunity for specialist stores and independent entrepreneurs to locate in the mall if they compete with any of the national chains’ product lines,” Cheadle said, quoting the report.
One such retailer was Walmart-owned Massmart, which in 2014 lodged a complaint about exclusive lease arrangements that it said were hampering its expansion into the fresh groceries sector.
The inquiry found that more than 70% of shopping malls, which account for about half of all grocery sales nationally, are subject to exclusive lease agreements.
________________________________________
Do you want to earn an extra R1,914 per month from simply opening an SMS?
What I'm about to show you only takes about five minutes to put into action...
You won't have to crunch any numbers...
You won't have to calculate anything...
Click here to find out how you can earn an extra R1,914 per month
________________________________________
What this means for property and retail stocks
In the short term this is unlikely to have a massive effect on retail companies. Simply because the economy is stagnant and not a lot of new businesses are looking to go into competition with established brands.
But this will slowly change in the coming three to five years.
Increasingly there’ll be competition in the form of specialised retailers at shopping malls.
And that won’t be a great thing for the big four retailers who are already under immense pricing pressure. But competition is always good for consumers!
Property companies might also be faced with a further challenge – not being able to negotiate exclusivity they might have to forego income by charging anchor tenants less to keep them at malls. This could further affect the already under pressure property sector as well.
This is great news for emerging retailers like Food Lovers Market – as well as many independent stores. Keep that in mind when you next invest in the likes of Shoprite or Spar…
Here’s to unleashing real value,

If you hold property or retail shares you need to read this
Rate this article
Note: 4.17 of 6 votes